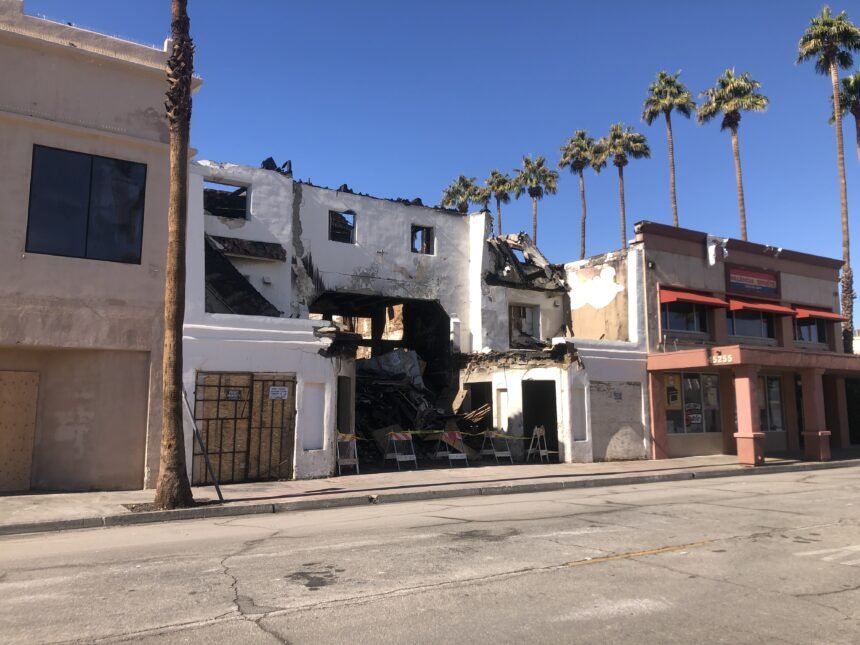 The Desert Theatre in Indio is now in ruins after a fire tore through the building Saturday morning. The building's age dates back to 83 years ago.

News Channel 3’s Dani Romero has more on what this historic building meant for some growing up in the area.

Gloria Mendoza is heartbroken to hear The Desert Theatre in Indio burned down Saturday.

Mendoza remembers the days she spent going there.

People stopped by to see the damage Monday.

“It was a focal point of downtown in those days because Fargo Street was the center of commerce in Indio," said Mendoza.

But this theatre dealt with other issues in the past in these black and white photos taken in 1938, the streets were flooded by a storm but that didn’t stop people from going to the movies.

“Quite the place, it was very elegant, it was very well maintained and for course when you went there you knew everybody, it was a very small town so of course you saw people you knew," said Mendoza.

The fire on Saturday destroyed the historic building.Pieces of ash and rubble are left behind. Its now become a recovery mission for the city

“So this is kinda of the sad conclusion to that but it is the start of something new in Indio that we are excited about," said Mark Scott, City Manager for Indio.

City Manager, Mark Scott said the building had been red tagged for years but the city has plans to revamp the downtown area.

“No body has worked on the plan for this block yet because the property hasn’t been available the city owns part of it and private properties are owned by other people this maybe gives us an impetus to plan this particular block," said Scott.

The damage is estimated at a million dollars. The cause of the fire remains under investigation.