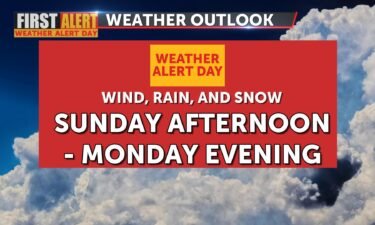 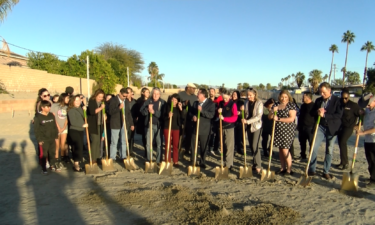 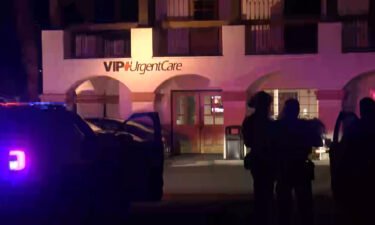 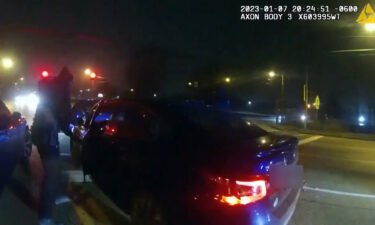 Ten years ago, the Italian area of Cinque Terre was hit by a deadly flood.

On October 25, 2011, the five tiny fishing villages — which had long been a magnet for tourists from all over the world — were hit by one of the worst inundations the area had ever seen. Thirteen people were killed, and many more lost property and possessions. The streets of Vernazza, perhaps the most famous of the villages, were feet-deep in mud.

Everyone in Cinque Terre has a story to tell about that terrible day. One of the most extraordinary comes from a local hotel owner, Pierpaolo Paradisi. He says that on that fateful day, his life was saved by his dog — the dog after which he has now named his hotel.

Leo’s Lodge perches high on the cliffs above Vernazza. It’s part of Prevo — a tiny hamlet that sits directly on the Sentiero Azzurro — the famous “blue path” which tourists love to walk. Three million visitors a year are said to come to the five tiny villages that make up the Cinque Terre.

But a decade ago, Prevo and the Sentiero Azzuro were all but destroyed when mudslides rocketed down the cliffside, sweeping away everything in their path and burying the streets below in mud and debris.

Paradisi — at that time an aspiring hotelier — had been at work in La Spezia, the gateway town to the Cinque Terre. Originally from Sardinia, he moved to Liguria 15 years ago. He had been on a hiking vacation when, walking the Sentiero Azzuro, he came across Prevo. At that point it was abandoned — and Paradisi immediately thought it could make a great hotel. He started a massive renovation project — but, five years in, came the flood.

Just a month earlier, he had got a dog, Leo — a rescue pup from Serbia. Looking at Facebook over the summer, he’d read about a group of animal rights activists — Serbian models who brought stray and cats and dogs to Italy every time they came over for work.

“In the [Yugoslav] war, people had to abandon their pets — dogs, cats, tortoises — so they multiplied,” says Paradisi. “So by then there was a problem with stray dogs.”

Strays would be rounded up and taken to kennels, where, says Paradisi, they risked being euthanized if they hadn’t been claimed within 48 hours.

The models would pay €100 for every dog, but at the time, the average Serbian salary was just €250 a month, he says. Wanting to help the animals, he sent the group a message, asking them to choose a dog for him.

“I said I just need a small one, because I use the train a lot,” he remembers.

They picked a little, tan-colored dog from Belgrade.

“His story was particular,” says Paradisi. “He was captured with his mother and sister, and they were killed in front of him.

“I have a picture of the cage in which he was. Out of 48 dogs, he was the only one they saved.”

Leo, as Paradisi would name him, arrived in Liguria on September 25, 2011.

The day of the storm

A month later, although dogs were banned from his office, he decided to take his new pet to work. A storm was already brewing in the area, and he was uncomfortable leaving the dog at home.

“It was a transgression that saved my life,” he says.

By the time the pair got to La Spezia, the storm had already started — heavy rain, thunder and hail. Paradisi decided to leave early, fearing the weather would only get worse.

“Even in the first mile, it changed — I’d never seen it worsen like that before,” he says.

“There was a tornado of water that hit the mountains, and I couldn’t even see a meter ahead. I had vision of about 30 centimeters, so was driving extremely slowly.”

Paradisi had put Leo in the back of his car for the 17-mile journey, and for most of it, the dog had sat there in silence. Until, getting closer and closer to Prevo, as the car wound round the cliff, Leo made his move.

“He leapt into the front and onto my knees, so I had to stop,” says Paradisi.

At that moment — just as he was trying to move the dog off his lap, and get going again — the cliff fell away in front of them.

“The mountain just came down, and the landslide even took the asphalt and the guardrail. It almost touched the car. A meter further forward, and we’d have been gone,” he says.

Paradisi is convinced that Leo saved both their lives.

Not that he realized it at the time. In shock, he says, he managed to turn the car around and make it as far as Manarola, another of the Cinque Terre villages.

“It was only then that I understood what was happening, he says.

“I called the police and they said, ‘You need to look after yourselves because we can’t do anything, we’re completely isolated — you must try to find help.”

The pair slept in their car that night. The next day, with the road still destroyed, they tried to reach their home on foot — via the Sentiero Azzuro path which today is an idyllic stroll for tourists. That day, it was far from idyllic.

“It felt like a warzone,” says Paradisi. “There were five helicopters going around looking for the lost people. There was a sailboat turned over, and people were screaming, looking for others who were missing.

“Our house was OK but we couldn’t get there, because a landslide had cut it off.”

Not knowing what else to do, Paradisi called some friends to tell them what had happened.

“They said, ‘It was thanks to Leo that you’re alive.’ I hadn’t understood that yet.”

Running the hotel together

Today, their house is a cliffside hotel, with self-catering apartments, and the pair are inseparable.

Paradisi has named the property Leo’s Lodge, and a tile of a dog is attached proudly to the door.

Leo plays the consummate host, greeting guests, accompanying them to their rooms, and carrying out regular security patrols of the property, which sits right on the main footpath, and has tourists walking by every minute.

He goes with Paradisi every afternoon to pick up guests from nearby Corniglia in their Jeep.

“We’re together 24/7 — I take him everywhere I go, even the dentist. The only place I can’t take him is into court,” says Paradisi.

Meanwhile, Leo’s fame has spread far and wide. In 2012, the year following the flood, he was awarded the top prize in the Premio Internazionale Fedeltà del Cane, or international prize for dog loyalty — he was chosen as “first among equals” from 10 equally exceptional dogs.

Paradisi thinks it was no coincidence that Leo stopped him from driving further that day.

He says that although he initially attributed it to fear on the dog’s part, experts think there could be more to it.

“They can’t explain it scientifically, but they think some dogs have this capacity — that dogs who suffer [trauma] develop a seventh sense,” says Paradisi.

“Dogs have 150 million olfactory receptors in their noses; humans have five million. They think this gives them capacity to intuit danger, somehow. They know something is happening, even though we can’t understand.

“They think that in certain meteorological conditions they can smell something. The ozone that I use to disinfect the rooms these days — that’s what you smell after thunder and lightning. So dogs can probably smell odors that we can’t during such strong weather. The smell, combined with the hail and thunder, must have made him understand we needed to stop.

“If he’d just been scared, he could have stayed in the back and cried. But he was completely silent — almost like he was listening out for something. And at a certain point, he was like, ‘Basta — that’s enough, we need to stop.’ That’s the sensation I had.”

In fact, he says, there was a balcony at his old office in La Spezia, which the humans all knew to be dangerous. Instinctively, so did Leo — he wouldn’t even go inside the room.

The future of Cinque Terre

The tragedy of 10 years ago has had a permanent effect on Paradisi.

Although he stayed in the area, completing his dream of turning the abandoned village of Prevo into a hotel — he now has room for 40 people, between Leo’s Lodge, some apartments and a villa — he’s permanently on alert.

“The flood made me realize that the Cinque Terre is a very dangerous area,” he says. “Geologists think it’ll be the first area in Italy that disappears.”

And if he gets a weather warning message, he goes straight home. “I close myself in the house because it’s much safer to be inside — but I won’t go to bed, I stay on the sofa with Leo and the cats,” he says. He can sleep there for as long as it’s needed — ready to run, fully clothed, with medication and a torch to hand.

In fact, his seven cats disappeared in the landslide — but, miraculously, they all came back over the following months.

Leo is around 14 years old now, and Paradisi thinks “often” about the day he’ll be left alone.

“It’ll be impossible to substitute him, but I’ll take another, because I want to help another dog. I’ll keep taking them from Serbia,” he says.

“I will need to mourn him for a bit, but after a couple of months, I’ll ask for a dog from the same kennel in Belgrade. In honor and in memory of Leo.”

But for now, Leo isn’t going anywhere, and they’re happily running the lodge together.

And this week, as Cinque Terre prepares to commemorate the terrible events of 10 years ago, Paradisi will be thinking back to that afternoon on the road to Vernazza — and the dog that saved him, and his dreams of a hotel by the sea.