Here are the stories our panel of top political reporters have on their radar, in this week’s “Inside Politics” forecast.

This week in Michigan, President Donald Trump will hold his 85th campaign rally since winning the presidency. And these rallies have become about a lot more than merely a trademark Trump campaign speech.

“This one is going to be a little different,” Wall Street Journal White House reporter Michael Bender said. “Lara Trump, the President’s daughter-in-law, will be in the suburbs of Detroit for a campaign event the day before. Vice President (Mike) Pence is on a bus tour through the state that will eventually end at the rally. This is an effort to expand the footprint of the rallies.”

Meanwhile, the Democrats who want Trump’s job will be in California this week for the final Democratic presidential primary debate of the year. And they’re hoping to do more than just debate, Politico national political correspondent Laura Barron-Lopez said.

California is the biggest prize on Super Tuesday, and multiple candidates see a path to victory there, Barron-Lopez said. One to watch in particular — Vermont Sen. Bernie Sanders.

“Sanders is going to be there making a big swing with Rep. Alexandria Ocasio-Cortez,” she said. “He has a real competitive shot at winning this state, to a lot of people’s surprise. He has strong support among Latinos, and having star power with him doesn’t hurt.”

3. Who wants to be an impeachment manager?

The potential Senate impeachment trial could make stars out of the House Democrats chosen to officially present their case. So a lot of members are angling for those jobs, CNN senior congressional correspondent Manu Raju said.

“There’s one person who’s controlling this, and that’s (House Speaker) Nancy Pelosi, who has controlled this every step of the way,” he said. “This is a significant position, a high-profile position. Something that can elevate the careers of some of these members.”

One example? Republican Sen. Lindsey Graham, who served as a House manager in the Bill Clinton impeachment trial and won election to the Senate three years later.

Get ready for a Supreme Court decision that could have a dramatic impact on the Trump presidency.

The justices announced Friday that they’ll take up three cases regarding subpoenas for the President’s taxes and other financial records. It will be the most important ruling on executive power in a generation.

“These are things he’s gone to great lengths to keep hidden,” New York Times congressional editor Julie Hirschfeld Davis said. “And aside from the huge blockbuster nature of the substance of the ruling, it’s a big question of presidential powers and accountability.”

The court will likely hear arguments in the spring, and announce a ruling in June.

“The timing of this is going to be extraordinary, because unlike in the Clinton impeachment or even the Nixon impeachment, where there were big Supreme Court rulings that happened before the impeachment, this will be coming right after the President has been impeached and likely acquitted by the Senate,” Davis said. “And right in the middle of the critical period of the 2020 campaign.”

The chorus of tweets from 2020 Democrats marking the seventh anniversary of the Sandy Hook tragedy served as a reminder that little to nothing has changed since the horrific shooting many believed would be a turning point in the politics of guns. They also remind us the issue seems certain to be a major dividing line in the 2020 presidential campaign.

“Never again” was a constant refrain after the unthinkable happened at Sandy Hook Elementary School in Newtown, Connecticut, when a 20-year-old gunman shot and killed 26 people — 20 of them young children aged six and seven.

But President Barack Obama’s efforts at the time to get Congress to consider new gun controls stalled, and there has been a similar dynamic after the many mass shootings since, including the October 2017 Las Vegas massacre and the February 2018 shooting at Marjory Stoneman Douglas High School in Parkland, Florida.

After both of those shootings, Trump had high-profile meetings with affected with families and community leaders and promised to push for action. Tighter background checks and restrictions on high-capacity magazines were among the ideas discussed by Trump. But in both of those cases, he later met with National Rifle Association officials and backed away from any major legislative proposals. The administration did propose a restriction on so-called bump stocks — a device used in the Vegas massacre.

Now, in his tweets and 2020 campaign rallies, the President casts himself as a proud defender of gun rights and the Democrats as a threat to the Second Amendment. So while House Democrats have advanced new gun control measures, there is little to no chance of any significant legislative agreement on the issue before the 2020 election.

The question, then, is whether there is a clear message from voters, one way or the other.

The President’s team believes his current position is critical to its strategy of maximizing base turnout, especially in rural areas critical to the Trump reelection map.

The leading 2020 Democrats, on the other hand, are for now showing a willingness to be aggressive in pushing an issue many Democrats have shied away from in the past — especially in national politics — believing it hurt more than it helped in key battleground states. That calculus has shifted in part because of the suburban revolt against Trump in recent years, giving Democrats an opening with voters who tend to be supportive of things like expanded background checks or a ban on assault-style weapons.

In their tweets marking the Newtown anniversary, the Democrats promised to take on the National Rifle Association and to push for new restrictions.

Which means the next big test of whether there will be any significant shift in the politics of guns is likely to be Election Day 2020, which comes six weeks before the eighth anniversary of the Newtown horror. 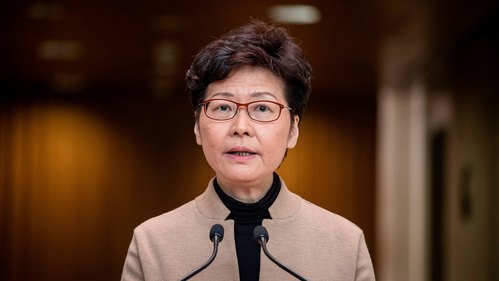 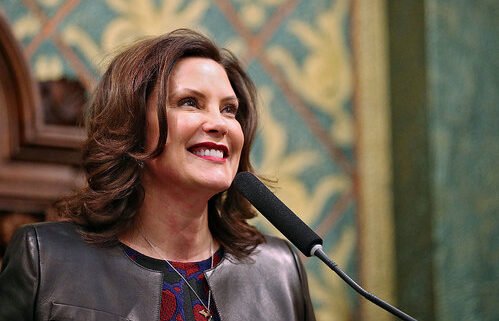