Several conservative members of the Supreme Court seemed sympathetic Monday to arguments from a graphic designer who seeks to start a website business to celebrate weddings but does not want to work with same-sex couples.

The conservative justices viewed the case through the lens of free speech and suggested that an artist or someone creating a customized product could not be forced by the government to express a message that violates her religious beliefs.

Justice Neil Gorsuch noted that a businessperson’s objection would not be based on the status of the same-sex couple, but instead, the message the businessperson did not want to send. The question isn’t the “who” Gorsuch said, but the “what.”

Justice Amy Coney Barrett told a lawyer for the designer that her “strongest ground” is that the designer’s work is “custom.”

Justice Clarence Thomas spoke about the history of public accommodation laws intersecting with the First Amendment. “This is not a restaurant, this is not a riverboat or a train,” he said.

On one side of the dispute is the designer, Lorie Smith, whose business is called 303 Creative. She said she has not yet moved forward with an expansion into wedding websites because she is worried about violating a Colorado public accommodations law. She said the law compels her to express messages that are inconsistent with her beliefs. The state and supporters of LGBTQ rights responded that Smith is simply seeking a license to discriminate in the marketplace. They said the law covers a businessperson’s conduct, not their speech.

The case comes as supporters of LGBTQ rights fear the 6-3 conservative majority — fresh off its decision to reverse a near 50-year-old abortion precedent — may be setting its sights on ultimately reversing a landmark 2015 opinion called Obergefell v. Hodges that cleared the way for same-sex marriage nationwide.

Thomas, for instance, when Roe v. Wade was overturned, explicitly called on the court to revisit Obergefell.

In court Monday, Justice Samuel Alito noted pointedly, that the majority opinion in Obergefell carefully outlined that there are “honorable” people who disagree with same-sex marriage.

Smith’s lawyer, Kristen Waggoner, came under intense attack from the liberals on the bench who launched a slew of hypotheticals meant to explore the potential sweeping consequences of the case if Smith were to prevail. They suggested that other businesses could discriminate based on race or physical disability.

Justice Ketanji Brown Jackson asked about a photographer’s business in a mall that sought to capture the feelings of a bygone era and only wanted White children to be photographed on Santa’s lap. ” This business,” she said, “wants to express its own view of nostalgia about Christmases past by reproducing classic 1940’s and 1950’s Santa scenes, they do it in sepia tone and they are customizing each one.” She pressed if the photographer could draw up a sign that said “only White” kids could participate.

Justice Sonia Sotomayor repeatedly asked “what is the limiting line” and asked about those who were discriminated against based on interracial marriage or physical disability.

Justice Elena Kagan noted that two of her clerks are currently engaged. She said wedding websites are made up of graphics and links to hotels and that they are not works of art. At another point she wondered if a website designer could simply say “sorry,” same-sex marriages are not “my kind of” marriage without violating state anti-discrimination laws.

The House this week is expected to pass a bill that requires states to recognize another state’s legal marriage if Obergefell were ever overturned. The bill would then go to the White House for President Joe Biden’s signature.

“I am concerned,” Mary Bonauto, senior attorney of the Gay and Lesbian Alliance Against Defamation, told CNN in an interview. “I am concerned only because the Court seems to be reaching for cases and literally changing settled law time and again.”

Another crack at the issue

Four years ago, the court considered a similar case involving a Colorado baker who refused to make a cake for a same-sex wedding, citing religious objections.

That 7-2 ruling favoring the baker, however, was tied to specific circumstances in that case and did not apply broadly to similar disputes nationwide. Now, the justices are taking a fresh look at the same state’s Anti-Discrimination Act. Under the law, a business may not refuse to serve individuals because of their sexual orientation.

Smith said that she is willing to work with all people, regardless of their sexual orientation, but she refuses to create websites that celebrate same-sex marriage.

“The state of Colorado is forcing me to create custom, unique artwork communicating and celebrating a different view of marriage, a view of marriage that goes against my deeply held beliefs,” Smith told CNN in an interview.

When the Supreme Court agreed to hear the case in February, the justices sidestepped whether the law violated Smith’s free exercise of religion. Instead, the court said it would look at the dispute through the lens of free speech and decide whether applying the public accommodations law “to compel an artist to speak or stay silent” violates the free speech clause of the First Amendment.

In court, Waggoner said that the law works to compel speech in violation of the First Amendment.

She said her client believes “opposite sex marriage honors scripture and that same-sex marriage contradicts it.” She said the state could interpret its law to allow speakers who serve all people to decline specific projects based on their message. Such a move, she contended, would stop status discrimination without coercing or suppressing speech. “Art is different,” Waggoner said.

Twenty states have weighed in in favor of Smith in friend of the court briefs. They said that they have public accommodation laws on the books, but their laws exempt those businesspeople who make their living creating custom art.

Smith says she has written a webpage explaining that her decision is based on her belief that marriage should be between one man and one woman. But she has not yet published the statement because she is in fear of violating the “publication clause” of the law that bars a company from publishing any communication that indicates that a public accommodation service will be refused based on sexual orientation, Waggoner claims in court papers.

Smith lost her case at the lower court. The 10th US Circuit Court of Appeals held that while a diversity of faiths and religious exercises “enriches our society,” the state has a compelling interest in “protecting its citizens from the harms of discrimination.”

Conservatives on the current court are sure to study the dissent penned by Judge Timothy Tymovich.

“The majority,” he wrote, “takes the remarkable — and novel stance that the government may force Ms. Smith to produce messages that violate her conscience.”

“Taken to its logical end,” he concluded, “the government could regulate the messages communicated by all artists.”

Colorado Solicitor General Eric Olson argued in court papers that the law does not regulate or compel speech. Instead, he said, it regulates commercial conduct to ensure all customers have the ability to participate in everyday commercial exchanges regardless of their religion, race, disability, or other characteristics. He said the “Colorado law targets “commercial conduct of discriminatory sales” and that its effect on expression is “at most incidental.”

“Granting such a license to discriminate would empower all businesses that offer what they believe to be expressive services , from architects, to photographers, to consultants to refuse service to customers because of their disability, sexual orientation, religion or race,” he said.

He added that the law does not aim to suppress any message that Smith may want to express. Instead, 303 Creative is free to decide what design services to offer and whether to communicate its vision of marriage through biblical quotes on its wedding websites. But critically, the law requires the company to sell whatever product or service it offers to all.

“Are you going to have the Protestant baker who doesn’t want to make the First Communion cake?” Bonauto said. “Do you want to have the school photographer who has their business but they don’t want to take pictures of certain kids?”

Twenty-two other states support Colorado and have similar laws.

The Biden Justice Department, which will participate in oral arguments, supports Colorado, stressing that public accommodations laws “guarantee equal access to the Nation’s commercial life by ensuring that all Americans can acquire whatever products and services they choose on the same terms and conditions as are offered to other members of the public.”

A decision in the case is expected by July.

This story has been updated with additional details. 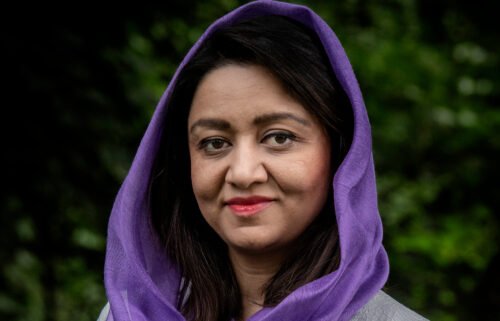 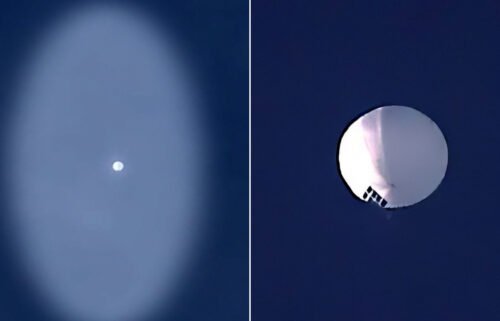 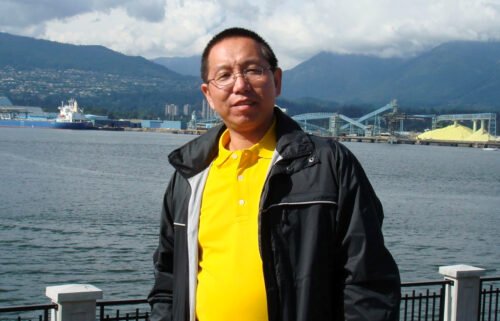