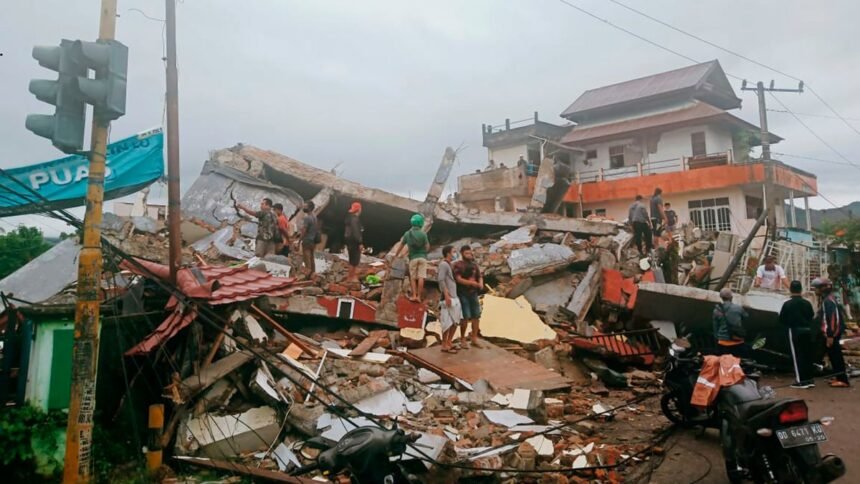 The epicenter of the quake, which struck at 1:28 a.m. Jakarta time, was six kilometers (3.7 miles) northeast of Majene city at a depth of 10 kilometers (6.2 miles), according to Indonesia’s Meteorology, Climatology and Geophysics Agency.

In Majene, at least eight people died, 637 were injured and 15,000 residents have been displaced, according to the country’s National Board for Disaster Management (BNPB). In the neighboring Mamuju area, an additional 26 deaths were reported, BNPB said.

Other buildings have also been badly damaged, including a military command office in Majene, and hotels and government buildings in the neighboring Mamuju area.