Here is a look at the life of Radovan Karadzic, who was found guilty of genocide and crimes against humanity related to ethnic violence during the breakup of Yugoslavia in the 1990s.

Nicknamed the “Butcher of Bosnia.”

Was a practicing psychiatrist before entering politics.

The US State Department offered a $5 million-dollar reward for information leading to Karadzic’s capture.

Claimed that he made a deal with US diplomat Richard Holbrooke in which he would not be prosecuted for war crimes if he withdrew from public life. Holbrooke denied this.

Was charged with two counts of genocide, five counts of crimes against humanity and four counts of violations of the laws or customs of war. Karadzic was found guilty of 10 of the 11 charges and sentenced to 40 years in prison. Appellate judges later increased his sentence to life in prison.

1992 – Is named president of the newly declared Serbian Republic of Bosnia-Herzegovina.

1992-1995 – Karadzic and General Ratko Mladic lead Bosnian Serb forces in seizing territory across Bosnia-Herzegovina, killing and displacing Muslims and Croats. More than 100,000 people are killed as a result of the conflict.

July 25, 1995 – The International Criminal Tribunal for the former Yugoslavia announces indictments for Karadzic and Mladic on charges of crimes against humanity and the genocide of Bosnian Muslims and Croats.

November 16, 1995 – The International Criminal Tribunal for the former Yugoslavia issues a second indictment, charging Karadzic and Mladic with genocide and crimes against humanity for the events that occurred in Srebrenica.

November 21, 1995 – The Dayton Accords, a US-brokered peace deal, is agreed upon, ending the war. The treaty is officially signed on December 14.

July 21, 2008 – Karadzic is arrested in Serbia. He is later extradited to The Hague to face charges.

October 26, 2009 – Karadzic’s trial begins, but Karadzic, who is representing himself, refuses to appear, saying he has not been given enough time to prepare.

November 5, 2009 – The International Criminal Tribunal for the former Yugoslavia announces it will be imposing a lawyer on Karadzic. The lawyer will be given three and a half months to prepare for the trial.

June 28, 2012 – The International Criminal Tribunal for the former Yugoslavia throws out one count of genocide against Karadzic.

July 11, 2013 – Appellate judges at the International Criminal Tribunal for the former Yugoslavia reinstate a genocide charge, ruling that the tribunal improperly dismissed the count in June 2012.

March 24, 2016 – Karadzic is found guilty of 10 of the 11 charges against him, including one count of genocide. He is sentenced to 40 years in prison.

July 22, 2016 – Officially files a notice of appeal to the UN’s International Residual Mechanism for Criminal Tribunals.

March 20, 2019 – Karadzic’s sentence for genocide is increased from 40 years to life imprisonment by appeal judges at a UN court in The Hague, Netherlands.

May 12, 2021 – According to a statement from the British Foreign Office, Britain has agreed to transfer Karadzic to a UK prison to serve the remainder of his sentence. 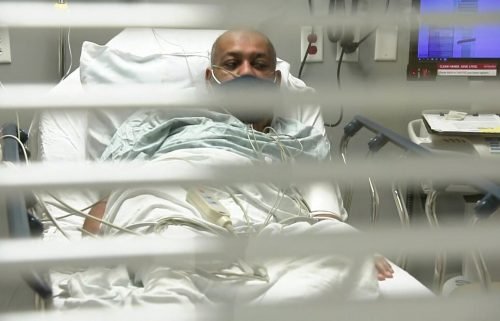