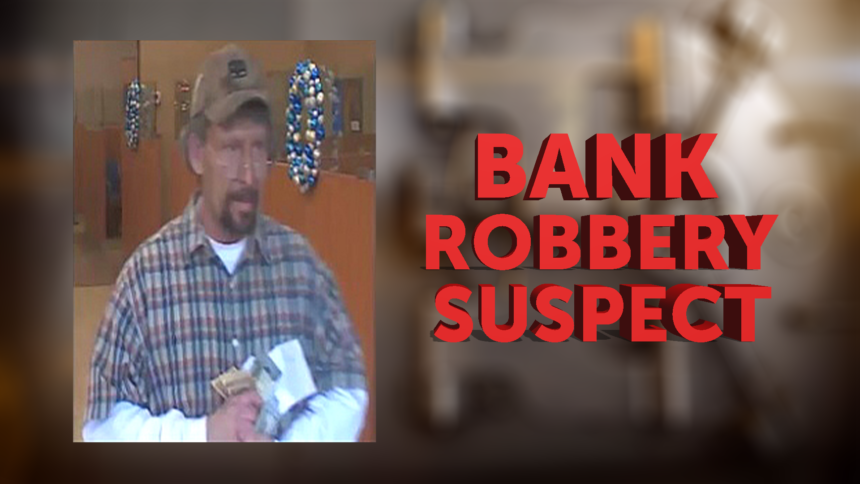 On Wednesday, Sheriff's investigators circulated an image of a suspect sought for a Calimesa bank robbery.

The holdup occurred at 2:10 p.m. on Dec. 6 in the 1100 block of Calimesa Boulevard, according to sheriff's Sgt. Richard Carroll.

The suspect walked into the bank, demanded money and left with an undisclosed amount of cash. No weapon was used and no bank customers or staff were hurt, Carroll said.

The suspect, who was seen on surveillance footage, was described as white, about 55 years old, between 5 feet 5 and 5 feet 8 inches tall and wearing a short-sleeved checkered shirt over white long sleeve undershirt anda brown hat, Carroll said.

Anyone with information about his identity and whereabouts was asked to call sheriff's investigators at 951-922-7100.