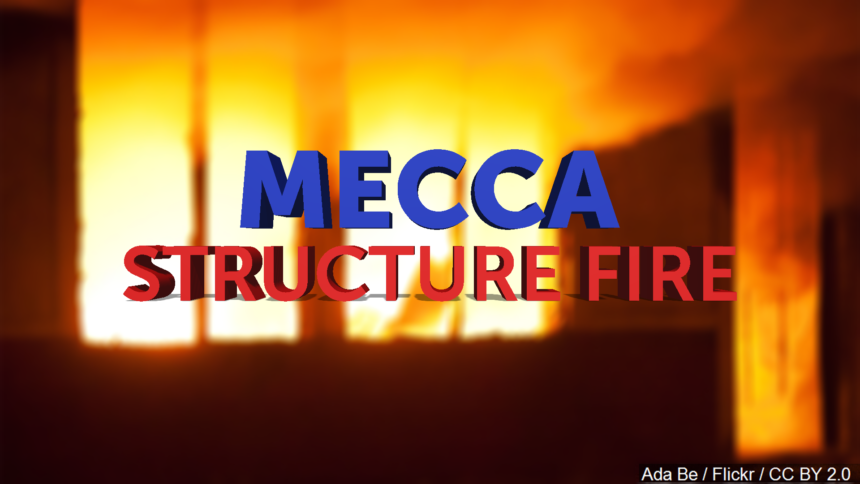 A structure fire in Mecca this morning scorched an outbuilding and moderately injured one person, the Riverside County Fire Department reported.

The fire was reported about 10:20 a.m. on Grapefruit Boulevard near Avenue 64, according to fire officials.

A 20-by-20-feet outbuilding was reported to be fully involved.

The cause of the blaze was not immediately known.