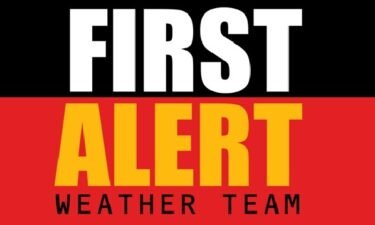 INGLEWOOD (CNS) - The Los Angeles Rams will be the second team in NFL history to play a Super Bowl in its home stadium thanks to a 20-17 victory over the San Francisco 49ers today in the NFC championship game at SoFi Stadium.

Rams going to the Ship. pic.twitter.com/HBLaCZ5stg

Matt Gay kicked the tie-breaking 30-yard field goal with one minute, 49 seconds to play as the Rams completed a comeback from a 10-point fourth-quarter deficit before a crowd announced at 73,202 that included Gov. Gavin Newsom and Los Angeles Mayor Eric Garcetti.

"Today was a great sign of resilience," Rams coach Sean McVay said after guiding the Rams to a Super Bowl for the second time in four seasons. "We talked about that's one of the things that's kind of embodied this group."

"You go down 17-7, doesn't look good. But the guys just stayed in the moment. One play at a time. Did a great job. There were just so many great plays today by great players, and just really happy to be associated with these guys and we've got one more."

San Francisco had an 81.6% win probability in the final minute of the third quarter, according to ESPN's Game Tracker.

The Rams will face the Cincinnati Bengals, a 27-24 overtime winner over the Kansas City Chiefs in the AFC championship game earlier Sunday in Kansas City, in Super Bowl LVI Feb. 13 at SoFi Stadium.

SHOOOOOOOOOTER SENDS US TO LA!

Seeking to extend a six-game winning streak over the Rams and their third victory in three games against their Southern California rivals this season, the 49ers built a 17-7 lead with 1:59 left in the third quarter on Garoppolo's 44-yard second-quarter touchdown pass to Deebo Samuel, Robbie Gould's 38-yard field goal as time expired in the first half and Garoppolo's 16-yard touchdown pass to George Kittle in the third quarter.

The Rams cut the deficit to 17-14 on Matthew Stafford's 11-yard touchdown pass to Cooper Kupp with 13:35 left and tied the score on Gay's 40-yard field goal with 6:53 remaining, eight plays after safety Jaquiski Tartt dropped a certain interception.

"No excuses!!" Tartt tweeted. "I deserve all the criticism my way! Opportunity I dream of I came up short!!! Let my brothers down!! It Still won't define me as a person/player. Only will get stronger and better.."

Stafford completed 31 of 45 passes for 337 yards and two touchdowns with one interception and a 96.2 passer rating on a scale from 0 to 158.3 with a rating over 100 considered superior.

The game came on the first anniversary of the Rams agreeing with the Detroit Lions on the terms of the trade for Stafford.

"We went out and got him because we thought it was a chance to be able to get a great player of his magnitude," McVay said. "Those things don't come around often. What he's done, he's elevated everybody around him."

Kupp caught a team-playoff record 11 passes for 142 yards for two touchdowns, including opening the scoring by catching a 16-yard pass from Stafford 8:46 before halftime.

"We'd have no chance of being here without Cooper Kupp,'' McVay said.

Kupp had equaled the previous record of nine in last Sunday's 30-27 victory over the Tampa Bay Buccaneers in a divisional playoff game. The record was set by Pro Football Hall of Fame member Tom Fears in 1950, equaled by another Hall of Fame member, Marshall Faulk, in 2004 and current Ram Robert Woods in 2018.

The Rams will be making their fifth Super Bowl appearance and third representing Los Angeles. Their only Super Bowl victory came in Super Bowl XXXIV in 2000 when they were based in St. Louis. The Rams have won two other NFL championships, in 1945, their final season in Cleveland, and 1951, their sixth in Los Angeles.

The Tampa Bay Buccaneers last season became the first team to play a Super Bowl in their home stadium, Raymond James Stadium, where they defeated the Kansas City Chiefs, 31-9, in Super Bowl LV.

Super Bowl LVI will be the first Super Bowl in the Los Angeles area since 1993, when the Dallas Cowboys defeated the Buffalo Bills, 30-13, at the Rose Bowl in Super Bowl XXVIII. 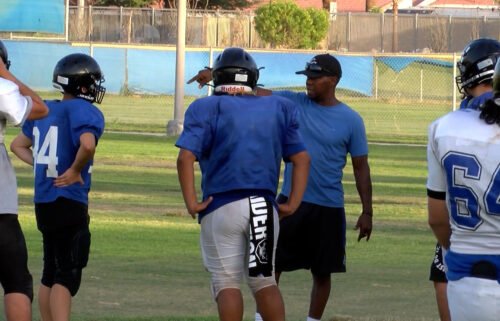 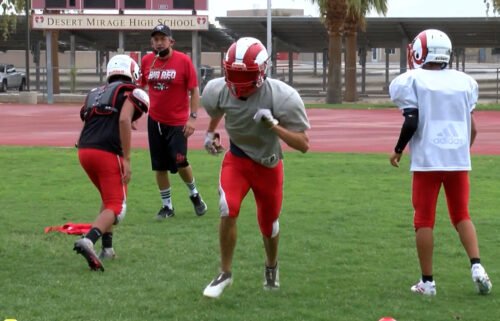 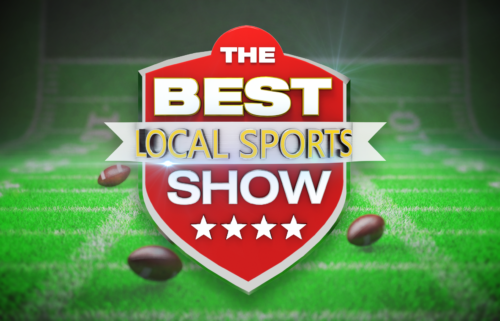 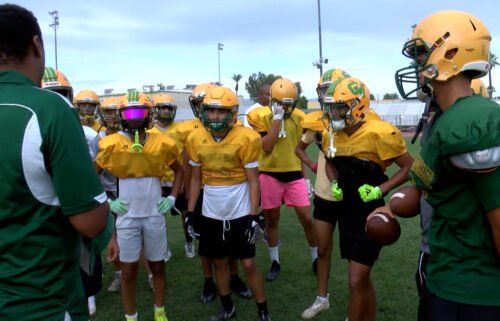