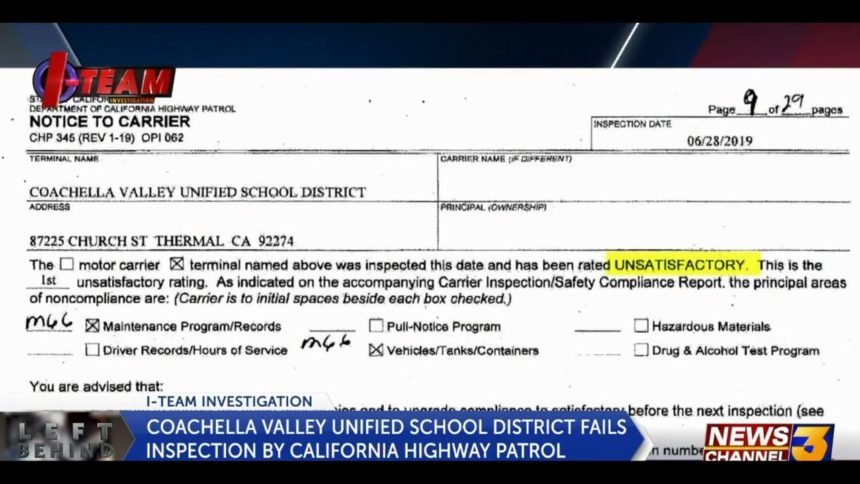 Documents obtained by News Channel 3 show the inspection was conducted between June 25-28 and earned the district an "unsatisfactory rating."

Failure to make the recommended fixes before the next inspection could result in criminal or civil charges being filed against the district.

"Left Behind" detailed the ongoing decertification of CVUSD vehicles by the CHP due to the district's failure to comply with the Paul Lee Safety law, mandating most school transportation vehicles in California be installed with child safety alert systems (CSAS) by March 2019.  CVUSD either did not have, or had defective CSAS.

However, terminal inspections, required every 13 months, not only look for CSAS compliance, but other safety and maintenance items like working brakes or lighting, or fire extinguishers on buses and whether drivers are appropriately licensed.

The terminal inspection conducted in June of 2019 listed a number of violations which garnered the district the "unsatisfactory" rating including:

"It is very important to have that communication for a preventative maintenance program to work.  Especially with a critical item such as steering."

CVUSD failed two inspections in a row in 2017, but were given a "satisfactory" rating in 2018.

The district did not respond to repeated efforts to solicit comment about the "unsatisfactory" rating. 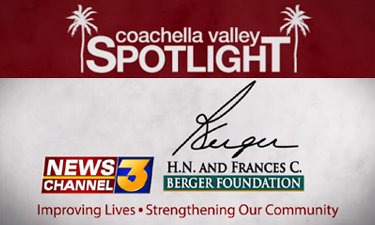