Don McLean, famous for writing and singing some of the worlds most enduring songs like "American Pie" and "Starry Starry Night" (about Vincent Van Gough) was just one of the celebrities who will become a Star recipient in Hollywood next year who also has ties to the Coachella Valley. McLean lives here when not touring, and has appeared on "Eye on the Desert" prior to his performance last year at Fantasy Springs Resort Casino. McLean is also slated to receive a star on the Palm Springs Walk of the Stars.

Josh Brolin, who's role in Guardians of the Galaxy was developed in PalmSprings, and who appeared at the Palm Springs International Film Festival in 2009 will also get a star on Hollywood's famed sidewalks. Brolin says executives from Marvel reached out to him while they were vacationing in Palm Springs, and pitched the role of Thanos to him from ideas that sprung up while they were busy barbecuing.

Don Cheadle, who spent time in Palm Springs while filming Ocean's Eleven, is part of the Class of 2021 for Hollywood as well.

Naomi Watts, who received the Desert Palm Achievement Award for the film "The Impossible" in 2013.

Another Film Festival alum is Benedict Cumberbatch, who received the Ensemble performance award for "The Imitation Game" in 2015 and is part of Hollywood's class of 2021. Cumberbatch also vacationed in Palm Springs after wrapping principle photography on Star Trek Into Darkness before that film's release in 2013.

Other stars receiving their piece of Hollywood Pavement include Laura Linney, who presented Tom hanks an award at the PSIFF in 2017, Shia LaBeouf, who appeared recent at the Palm Springs Documentary Film Festival, Zak Efron, who tweets often about vacationing in the Valley, and Ali McGraw (along with Ryan O'Neal). McGraw was once famously turned away from Melvyn's at the Ingleside Inn by owner Mel Haber. She and Steve McQueen arrived at the Ingleside Inn on motorcycle, wearing jeans, and Mr. Haber politely told them about the dress code. After they sped off, he realized whom he had just turned away, much to his chagrin.

Christian Slater, who presented an award to Rami Malek in 2019 at the Palm Springs International Film Festival will also be honored with a Hollywood Walk of Fame Star next year. 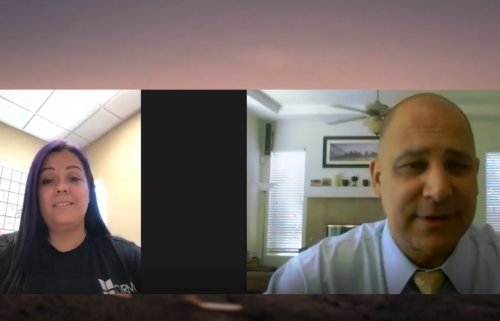