Caroline Woodward wakes each morning to the sound of waves crashing onto the rocks that surround her home, tiny Lennard Island, at the head of Clayoquot Sound near Tofino, British Columbia Canada.

This rocky, verdant island is home to Lennard Isle Lightstation, a bright white wooden lighthouse with a fire engine-red top that’s been fixture of the Western Canadian coast since 1904, when it was established to guide mariners navigating the surrounding waters.

There’s been a lighthouse keeper on Lennard Island ever since, and today, that job falls to Woodward, who also writes poetry and children’s books, and her husband Jeff George, who took the photo above.

Not many of them are correct, she says.

What Woodward does have is a busy, fun, and rewarding role, and one she wouldn’t trade for the world.

Woodward and George take it in turns to send a 3:15 a.m. weather report to the local Coast Guard radio. It’s the first of seven they deliver each day.

Sometimes they catch the sunrise illuminating the sky in a deep, bruised-purple haze.

Woodward makes a record of the daily weather report in her logbooks, knowing they might interest climatologists, and also submits two daily reports on precipitation and temperatures to Environment Canada.

Woodward and George survey the sea and sky from the lookout points. They use an anemometer to calculate wind speeds and monitor wave heights by looking at the waves’ whitecaps, and where the sea has splashed on nearby rocks.

The daily grind also involves maintaining the twelve buildings that make up Lennard Isle Lightstation. They include, of course, the tower, alongside three houses, a boathouse, radio room, engine room, a battery shed — which controls the island’s two wind turbines — and a garden shed.

Woodward and George also keep an eagle eye from the island’s lookout points for passing boats that might be in distress. Plus, they field calls, including from the BC Air Ambulance pilot, who sometimes wants to know about fog conditions at sea.

The couple work seven days a week — vacations come only when the Coast Guard organizes relief keepers. In return, Woodward’s acted as a relief keeper for “about a dozen” of the 27-staffed lighthouses dotted around the British Columbia coast.

In between, there’s time for tending to the garden, hiking the island’s perimeter, and keeping watch on the plethora of wildlife that populates Lennard Island and its spectacular surrounds.

When the sun shines, Woodward and George have a enviable view over the turquoise seas, distant mountains and rocky islets that characterize this corner of Canada.

“We see the annual gray whale migration offshore, from their calving/winter seas off Mexico en route to their summer waters off Alaska,” says Woodward.

“We have resident bald eagles, lots of gulls, crows, and the hardy sparrow and wren families, kingfishers and water and shorebirds year-round. We also host Pacific tree frogs and wonderful insects, like the square legged camel cricket.”

There are, fortunately, no bears, cougars, or wolves on Lennard Island, says Woodward — although she has encountered such animals on other BC lightstations.

The wildlife and remarkable landscapes provide plenty of inspiration for her writing, too. Woodward recently finished a young adult dystopian novel, which she says was directly inspired by the stunning surrounds of the North Pacific Ocean.

She’s also written a memoir about her life, focusing on her time on Lennard Island, called Light Years: Memoir of a Modern Lighthouse Keeper, which was published in 2015.

Woodward and George moved to Lennard Island back in 2008.

Previously, Woodward worked for many years in publishing (“in various capacities including ‘slush pile’ editor, publicist, managing editor, bookseller, publishers’ sales representative, creative writing teacher.”) At one point, she even ran her own bookstore.

Wooward’s also traveled extensively, including a solo bicycle ride through Greece and a period spent hiking through Nepal.

Woodward’s always loved writing, but when she and George married and had their son, Seamus, she’d found it harder to find the time to work on her books.

By the mid-noughties, Seamus was grown up, and Woodward was searching for “another way to buy myself time to write.”

Her own childhood, she suggests, helped pave the way for both her career as an author and her role as a lighthouse keeper.

Woodward grew up in the 1960s and 70s on what she describes as a “homestead” in British Columbia. She was one of three children of her Dutch mother and Welsh father, who’d met during the Second World War and emigrated to Canada.

“We did not have electricity or running water or a telephone until I was 12 years old. We had horses for transportation until a tractor and then a car were bought while I was in elementary school,” she recalls.

“The hard work of picking roots and rocks and riding horses to check on the whereabouts of the cattle and many responsibilities from an early age was good training for every other job I’ve ever had, especially becoming a lighthouse keeper.”

Woodward and her husband were inspired to turn to lighthouse life after an serendipitous meeting with a relief lightkeeper on a British Columbia ferry, back in 2006.

Woodward got chatting to him, and she was immediately entranced by his stories, and intrigued by the lighthouse lifestyle.

She’d figured staffed lighthouses were a thing of the past, but was delighted to hear she was wrong.

“I knew in my bones I’d found the next adventure for my husband and myself,” says Woodward.

Initially George became a relief lightkeeper, temporarily stationed at various lighthouses across BC while Woodward remained on land.

Later, George applied for the open post at Lennard Island and Woodward became the assistant keepe. They’ve been there ever since.

Lennard Island’s beautiful oceanside location means it’s pretty exposed to the elements. For much of the winter, there are fitful bursts of rain, howling winds and wild seas. The lighthouse itself is often shrouded in fog.

The climate means patience is necessary.

“The weather can act up and we can all be grounded for several frustrating days while we attempt to re-book our precious dental and optometrist and other vital appointments,” says Woodward.

But on the flipside, Lennard Island enjoys an early, hopeful spring. This year, snowdrops have been cropping up on the island since January 18, says Woodward, who takes photographs of island life and uploads updates to her Facebook page.

Her husband is also a keen photographer, capturing shots of the ever-changing seas and skies from their perfect vantage point.

Woodward and George were used to an isolated existence even before the Covid-19 pandemic upended everyone’s lives, which allows the couple a little bit of extra perspective on social isolation.

Woodward says she’s grateful that working at the lighthouse during coronavirus feels like “one of the safest jobs on the planet.”

The couple’s routine hasn’t changed too much. Now, they keep a safe distance from the ship’s crews that arrive on the island to top up fuel tanks, take away waste, or bring them groceries and mail — but otherwise, “life is not really that different.”

Over the past 10 months, Woodward’s Zoomed into medical appointments, book readings and meetings, all with ease.

Still, she was disappointed not to see her son and sister this past Christmas.

And while the couple make the most of getting out in nature, they also share many of the same surviving-the-pandemic hobbies as the rest of us.

“Yes, we watch TV and Netflix just like everyone else!” says Woodward.

“We have our makeshift gym where we pedal away on blustery days when we’d rather not get soaked, or risk being impaled by tree limbs while walking on the hiking trail around the island, under the swaying spruce trees.”

A keen reader, Woodward enjoys perusing her large library, and getting books shipped in from her favorite bookstores.

She tries to avoid “doomscrolling” on social media, and instead advocates reaching out to friends and loved ones and offering kindness.

“Even if all you can do is be kind when someone else is going through a rough patch and needs to vent their frustration to a safe and nonjudgmental set of ears. Help them carry that load and help them bid it goodbye,” she says.

The top piece of advice Woodward can offer from years spent on the lighthouse is to be present.

“Take time to appreciate where you are, get outdoors, breathe deeply and remember that this too shall pass,” she says. 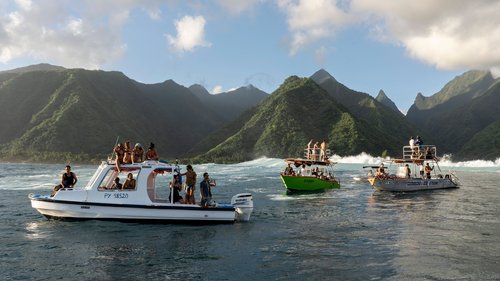 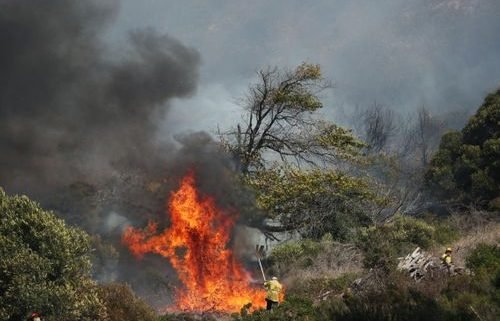 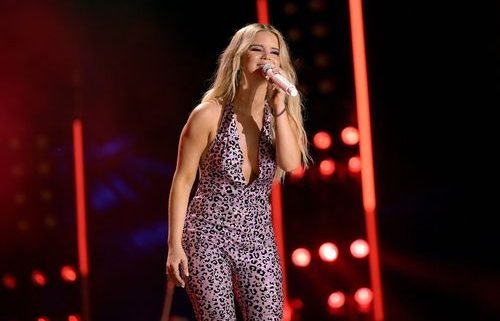 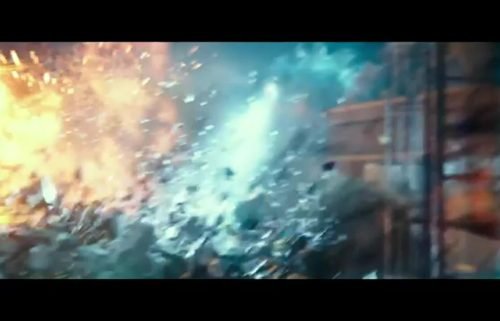