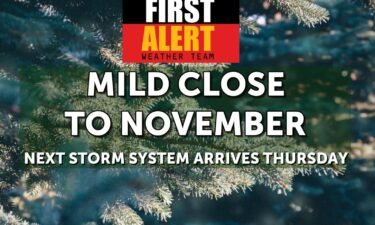 Officials at the Palm Springs International Airport today said they expect record passenger numbers during Thanksgiving week, and encouraged travelers to plan ahead and arrive early to catch their flights.

"We're planning for a very busy Thanksgiving weekend and tourist season," said Harry Barret, executive director of aviation at the airport. "We had our busiest holiday season ever in 2021, and this year we have more flights and available seats than last year, so we're asking travelers to plan ahead and arrive early so they don't miss their flight."

Airport officials ask that travelers arrive two-and-a-half hours early to check their luggage. Travelers are also encouraged to take a ride-sharing service to the airport.

"We've expanded our overflow lot and added over 100 spaces to accommodate growing demand,'' Barret said. "However, we also ask travelers to consider taking alternate forms of transportation to the airport because we expect demand for parking to exceed the capacity of our lots."

The trend of passenger numbers is expected to continue rising during the tourist season due to the additional flights and larger planes with more seating added since last year, airport officials said.