Actress Zsa Zsa Gabor is back at Ronald Reagan UCLA Medical Center, but “she is not in a life-threatening situation,” according Ed Lozzi, publicist for Gabor’s daughter, Francesca Hilton.

Lozzi says Gabor was apparently found unresponsive at her home, but is now at the hospital and stable, and she could be returning home soon, “but we don’t know for sure.”

Gabor’s publicist John Blanchette had said the socialite’s husband has called 911, because Gabor is “unresponsive.”

Gabor, who has been in and out of the hospital since falling out of bed and breaking her hip July 17, was at her Bel Air home when husband Frederic Prinz von Anhalt found her, publicist John Blanchette said.

Her husband called 911 to have the actress rushed to a hospital, Blanchette said.

Gabor underwent hip-replacement surgery and was released from Ronald Reagan UCLA Medical Center just shy of a month later. But two days later, she developed blood clots and was taken back to the hospital.

Gabor was given last rites at the hospital Aug. 15 and was brought home to her Bel Air Road mansion the following day after declining any more procedures.

Born Sari Gabor on Feb. 6, 1917, in Budapest, Hungary, she was unable to pronounce her first name as a child, calling herself Zsa Zsa instead. She was discovered by opera tenor Richard Tauber during a trip to Vienna in 1936 and was invited to perform in “Der Singende Traum,” or “The Singing Dream.” She arrived in the United States about 1941. In 1936, she won the Miss Hungary title, but was not able to participate in the Miss Europe pageant because she was underage.

By the early 1950s, she was appearing in films, including John Huston’s version of “Moulin Rouge” and Orson Welles’ “Touch of Evil.”

She made headlines in 1989 when she was arrested for slapping a Beverly Hills police officer who pulled her over for a traffic violation and spent three days in jail.

In 2002, she was partly paralyzed in a car wreck in which her hairdresser was driving, and in 2005 she suffered a stroke.

Gabor and her sisters owned a home in Palm Springs in the Las Palmas neighborhood for years; it was sold years ago. 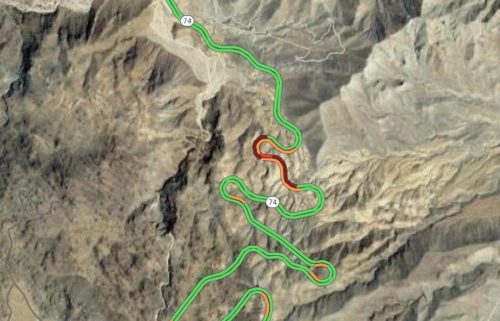