A jury was seated today for the trial of two men accused in the financially motivated murder of a Palm Springs retiree.

San Francisco attorney David Replogle, 61, and Miguel Bustamante, 27, are charged with first-degree murder in the Dec. 5, 2008, death of Clifford Lambert.

They also face sentence-enhancing allegations of committing a murder for financial gain and murder during a robbery and a burglary, making them eligible for life in prison without parole if convicted.

The seven-man, five-woman jury will hear opening statements on Tuesday morning. The trial is expected to last up to two months.

Also charged in the killing and awaiting trial are Daniel Garcia, 27, and Kaushal Niroula, 28.

The prosecution alleges that Niroula let Bustamante and a fifth co- defendant, Craig McCarthy, into Lambert’s home on Dec. 5, 2008, and Bustamante stabbed the retiree to death.

McCarthy, a former Marine, pleaded guilty to a voluntary manslaughter charge last month. He is expected to testify against his co-defendants as part of his plea deal.

The three allegedly loaded Lambert’s body into the trunk of his Mercedes- Benz and buried him in the hills in Fontana.

Lambert was reported missing two days later by a friend. Detectives went to his home at 317 Camino Norte and found the mailbox full and his silver 2004 Mercedes missing.

They also allegedly tried to complete a quick sale of his $1 million home for less than $300,000. A judge later halted the sale.

Bustamante was apprehended by police while emptying Lambert’s home, and he implicated the other men in Lambert’s murder, according to the prosecution.

Garcia was caught with Lambert’s debit card, which was used to withdraw money from one of the retiree’s accounts for a two-week period after the murder. He has claimed Lambert gave him the cards. 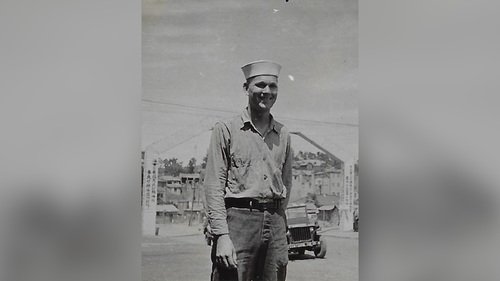