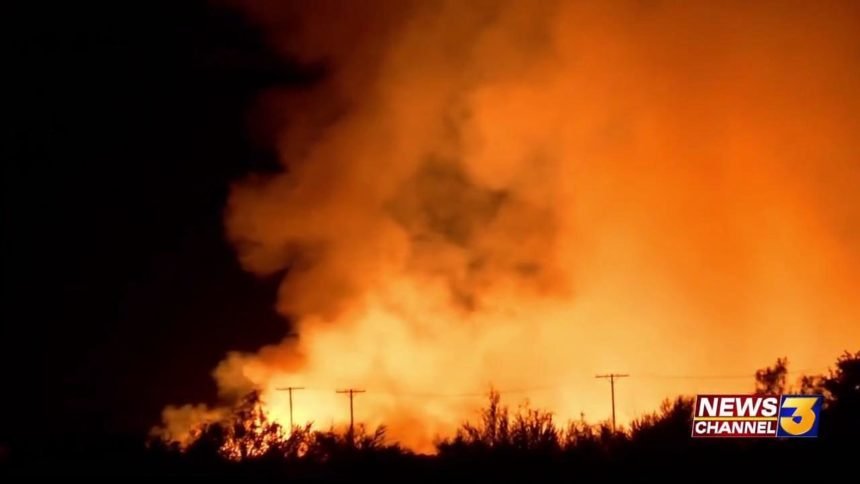 The local tribes hosted a firefighter appreciation event on Saturday for all the Martinez Fire crews.

The event was an opportunity to get a fire status update, tour the incident command post and thank all the hardworking men and woman that have worked tirelessly to extinguish the mulch fire.

"Currently we have 99 firefighters here including management. We have had others that have come in and out during the incident. Some once they hit 14 days, they go home and reset, get to see their families, get some sleep, wash their clothes," said Prescott. "And some have actually returned to the fire to help us for a bit longer and we're not all just going to disappear come the beginning of the week like I said there will be fire officials and firefighters out there to keep an eye on it and make sure that this thing doesn't go anywhere."

Officials said there still remains about 100 firefighters surveilling the area. It's 100% contained but is 93% controlled.

"So contained means that we feel very confident that it is going to stay in the box we have put around it with dozer lines and don't expect it leave that area. Now within that box there still hot areas. We have considered 93% of anything with heat in it to be extinguished and cold now, " said Prescott. " We have about 7% left to get the heat out to really feel comfortable that this fire will not only be contained and controlled. We are watching a little longer and the third step will be when we actually completely call it out."

Celeste Prescott also confirmed the investigation continues on how the mulch fire started and only one firefighter had been injured during the incident.