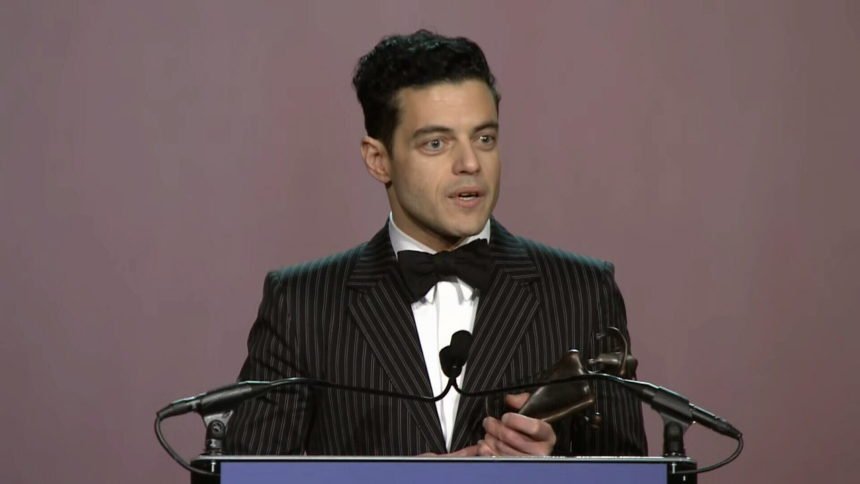 After the stars walked the red carpet, they made their way into the awards gala where more than a dozen in of Hollywood's biggest names were honored.

Bradley Cooper received the director of the year for his directorial debut, "A Star is Born." A crowd favorite at the red carpet, several scenes were shot in the Coachella Valley.

Bohemian Rhapsody was another fan favorite, its star Rami Malek, a three-time Golden Globe nominee, was honored with the Breakthrough Performance Award.

Timothee Chalamet is back on stage for the second year in a row for his work in 'Beautiful Boy.' Last year he took home the Rising Star Award and this year he received the Spotlight Award.

"I'm back!," Chalamet told the audience as he received his award.

Another Spotlight Award honoree was Melissa McCarthy. Although the actress is best known for her sense of humor and she made a major career change with a turn to crime and drama in the movie 'Can You Ever Forgive Me.'

Regina King was awarded the Chairman's Award. During her speech, she made a special shoutout to a Palm Springs resort.

"I stand here and receive this after being in this business quite some time and it's super special because I'm born and bred in LA and Palm Springs is the first vacation I took at 9 years old. My mom had timeshare at the Oasis Resort," King said.

The cast of 'Mary Poppins Returns' flew on stage to accept the Ensemble Performance Award.

Spike Lee is no stranger to the big stage. The popular director was honored with the Career Achievement Award for 'BlacKkKlansman.'