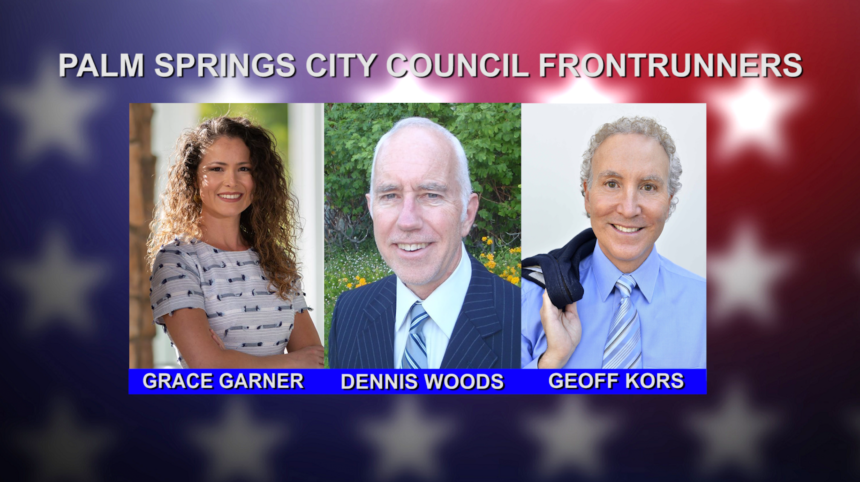 Palm Springs officially had its first by-district elections. Three positions for city council were up for grabs. The remainder of the results are still coming in.

It's the first time ever that the city had a by-district election, but not everyone got to vote. Several viewers contacted KESQ, not knowing which district they were in. Many found themselves falling into very specific sections of the city that appeared ambiguous on the district map.

"Basically we left and didn't vote. Not really sure what district we're in now," Palm Springs resident Glenn Wilhite said.

Glenn Wilhite lives in the Lawrence Crossley neighborhood in Palm Springs. It's one of the locations that appears to fall in District 1. A closer look at the map, however, reveals a horseshoe shape that clearly cuts parts out into District 4.

"Whenever we have community meetings for Lawrence Crossley, the neighborhood, we always meet at Demuth Park," Wilhite said.

Wilhite says it made sense going back to the park to cast his vote.

"A couple of us went and they couldn't find our names on the checklist and soon it was discovered that we were not District 1," Wilhite said.

He says even poll workers were confused after looking at the map they were using. It turns out Wilhite's vote isn't until next year when Districts 4 and 5 are up for election.

Anthony Mejia is the Palm Springs City Clerk. He says the city tried to make sure neighborhood groups were not split in two.

"It's unfortunate and we caught that issue late in the process," Mejia said.
"The Lawrence Crossley neighborhood, the way the census blocks were developed, didn't allow for us to be able to modify the maps in a way that could keep that neighborhood together without creating a district that was overpopulated."

After several public hearings the city council voted, ultimately determining how each district is cut.

"Our attorneys advised us not to divide that census track to ensure that we have reliable counts in our demographic data," Mejia said.

If you do want to know which district you reside in, you can visit VotePalmSprings.com. There's a map that allows you to locate your voting district.
It gives you the opportunity to zoom in, or add your address and see where you fall. If you don't have a computer, you can also contact the city clerk.

Meanwhile, Mejia says the district boundaries are subject to change following the 2020 census.

"In 2021, we'll be redistricting the city's boundaries to account for shifts in population but also to adjust for the different neighborhood groups, and ensuring that we try to ensure that most of the neighborhood groups, if not all, can be contained in a single district."