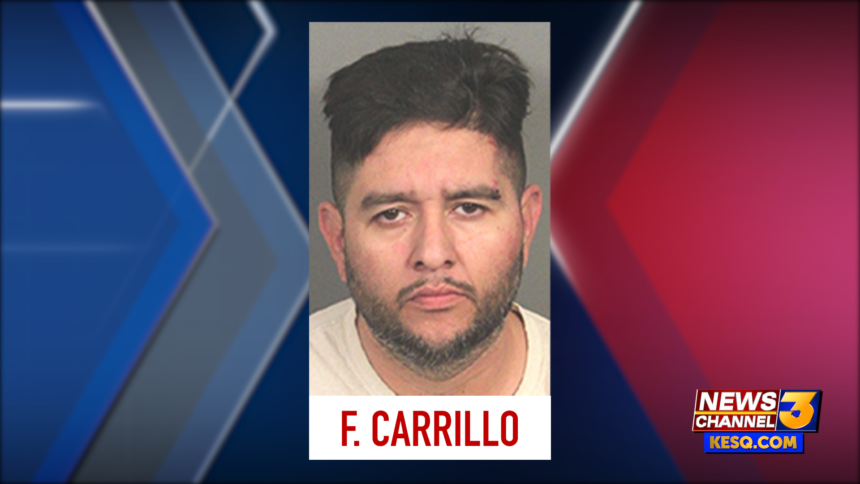 Riverside County Sheriff's deputies responded to a report of a restraining order violation in the area of Laguna Lane and Capitola Avenue about 9 p.m.

The caller told deputies her husband, Fernando Carrillo, was ``extremely intoxicated'' and following her in his car throughout the city despite a restraining order.

During the course of their investigation, deputies located Carrillo about two miles away in the area of Avenue 48 and Grapefruit Boulevard.

Authorites say Carrillo failed to stop for deputies and led authorities on a brief vehicle pursuit on Grapefruit Boulevard which ended when he hit an uninvolved car about a half-mile away near the intersection at Avenue 49.

Carrillo was arrested on suspicion of driving under the influence, evading deputies and violating the restraining order.

He was treated for a non-life threatening injury at the scene. The condition of the struck motorist was not immediately known.