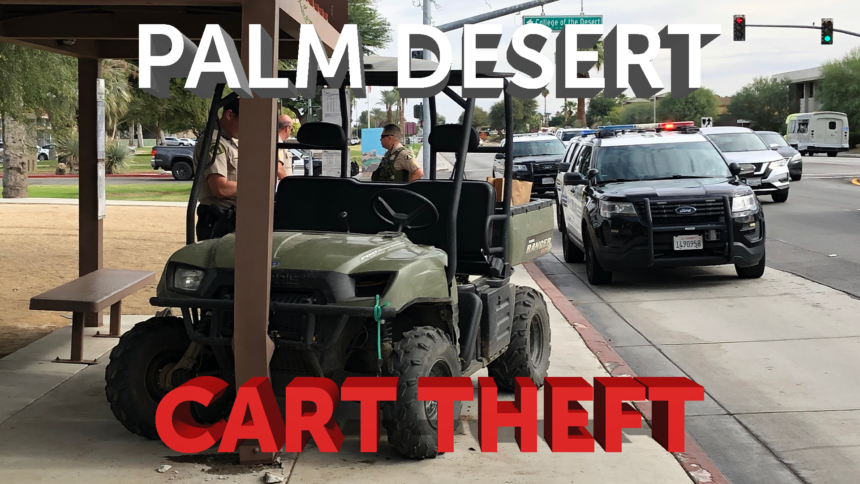 Three juveniles were detained by Riverside County Sheriff's deputies on Tuesday morning after allegedly stealing a cart from a local garden center, joyriding it, then crashing it into a bus stop.

The cart was reportedly taken from Moller's Garden Center, which is located at 72235 Painter's Path in Palm Desert sometime before 7 AM, according to Kyle Moller's, the son of the center's owner. During the incident, the cart was used to bust through the business' gate.

The Palm Desert Sheriff's Station received several reports throughout the morning in regard to the stolen cart, a Polaris. Shortly before 11 a.m., deputies observed three juveniles in the vehicle, driving erratically in the area of College of the Desert and Civic Center Park. The pursuit caused damage which RSO Deputy Robyn Flores described as "felony vandalism" to the park.

Two juveniles, a male and a female, exited the vehicle and were detained after the incident at the park.

No road closures were in effect at the time of this publication. The investigation remains active.

The third juvenile continued to drive the stolen Polaris, ultimately crashing it into a bus stop on Fred Waring Drive near the McCallum Theatre. The juvenile was detained, then transported to an area hospital as a medical precaution despite not sustaining any visible injuries.