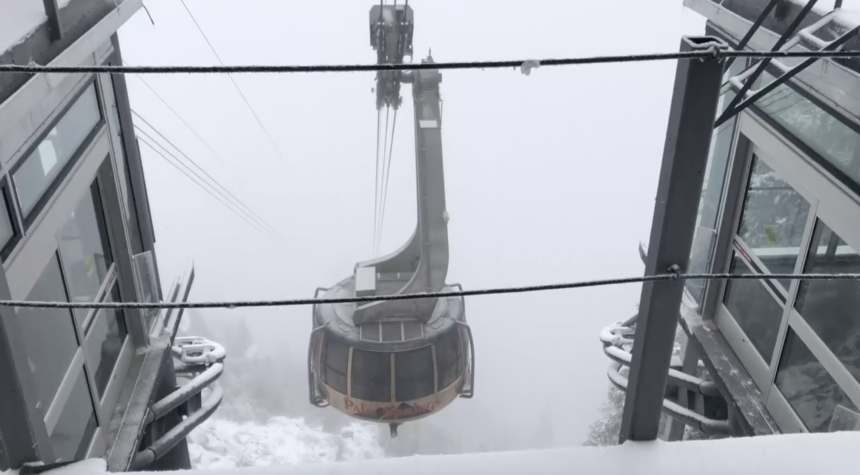 If you entered the snow guessing contest, predicting the first snow day at the Palm Springs Aerial Tramway, November 20th is the winning date.

News Channel 3’s Caitlin Thropay was up on Mount San Jacinto talking with locals and visitors who enjoyed the snow.

“it’s almost like an avalanche out here," Will Hodgson said. "I can’t even feel my toes," he added.

As snowballs flew through the air, many enjoyed the first snowfall of the season.

Though some didn’t expect the snow today, many came just for that reason.

“I knew it was going to snow that’s why I came," Sharon Giannini said. "Snow or rain, I wanted to experience some weather," she added.

“We came here because we knew it was going to be a snowstorm coming and my friend had invited me to come up and we wanted to be the first people up to hit the snow. We took the first tram up and it exceeded our expectations, it’s awesome," Victoria Starr said.

And now that the snow has arrived, one man shares he’s ready for other snow festivities.

“Get the skis out and get them all waxed up and ready to go," Glenn Fiery said.

Many visiting Palm Springs were shocked to find snow so close to town.

“It’s amazing to be able to enjoy the pool this morning and then drive 15-20 minutes over and be in the snow," Endrina Treji said.

“It was amazing because a half an hour before we came up here it was nice and warm, we had a t-shirt and shorts on and now I’m dressed up to go exploring," Hodgson said.

Whether you came prepared or not, this snow really is putting many in the holiday spirit.

There were 955 total entries into the snow guessing contest. The first 10 entries with November 20th as the date will receive a family four-pack to ride the tram and a souvenir.