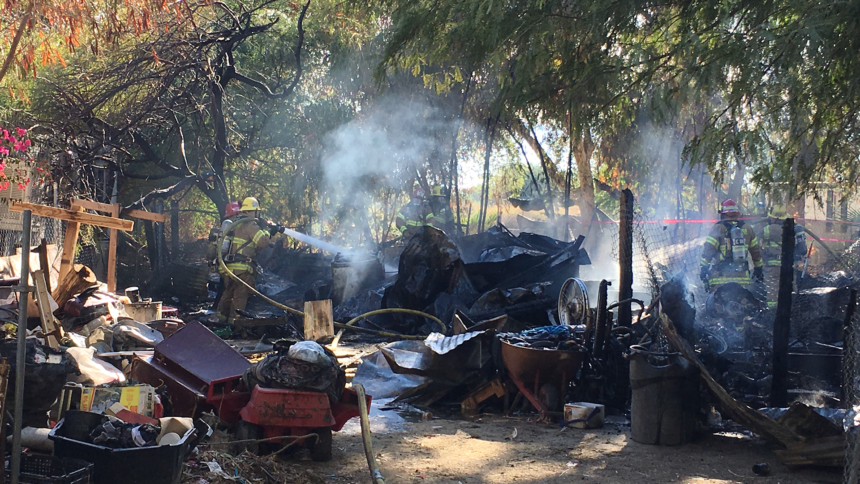 Firefighters knocked down a mobile home fire in Thermal in about an hour on Monday afternoon.

A family of four was displaced by the fire. The American Red Cross responded to the scene to provide the family assistance.

At least 12 other homes were in close proximity to the blaze, and a neighboring home sustained minor damage, officials said Monday.

The fire was reported at 11:37 a.m. in the 8800 block of Avenue 70, according to the Riverside County Fire Department.

The mobile home was completely destroyed.