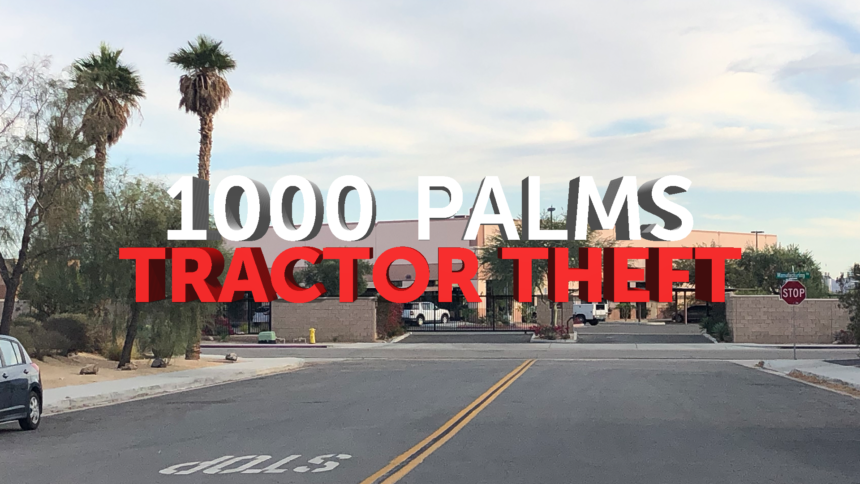 Seven juveniles were taken into custody by Riverside County Sheriff's deputies on Monday night in connection with the attempted thefts and subsequent crashes of landscaping machinery in Thousand Palms.

At 8:09 p.m. Monday, deputies assigned to the Palm Desert station responded to the 72000 block of Manufacturing Road in Thousand Palms in reference to an in-progress machinery theft. Deputies set up a perimeter at the location and made announcements to the suspects at the location, who then attempted to flee on foot, but we're ultimately detained.

The suspects allegedly attempted to steal lawn tractors from the yard, and crashed them into parked company vehicles at the location, causing major damage in the process. The lawn tractors are valued at $200,000.

All juveniles were transported to the Sheriff's station for questioning.

The suspects are being charged with felony vandalism and grand theft, according to RSO.

The investigation is active. Anyone with information relating to this incident is urged to contact Deputy J. Creiglow with the Palm Desert Sheriff's Station at 760-836-1600.