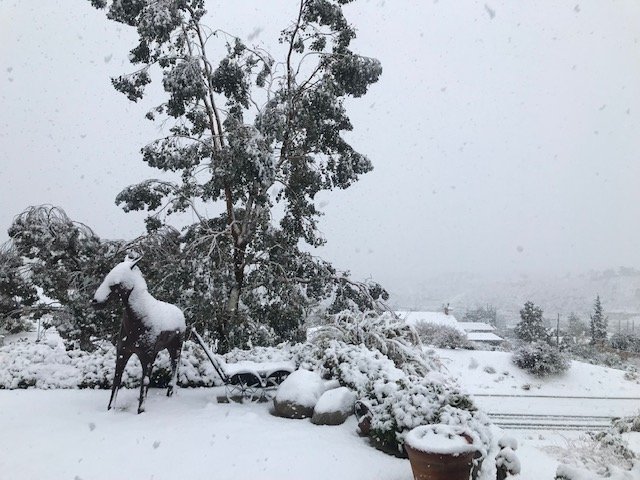 Parts of the high desert are blanketed with snow. The areas, including Yucca Valley, were hit after a storm rolled through over the Thanksgiving holiday.

This morning a picturesque scene showed sugar-coated mountains glistening from up above.

Despite the excitement, the weather has also prompted California Highway Patrol to warn drivers to use caution, due to the potentially dangerous driving conditions.

The agency sent out a press release earlier this week saying it will implement a Maximum Enforcement Period (MEP), through the holiday weekend. The agency says it is deploying all available officers for what is one of the busiest weekends of the year. MEP began Wednesday and ends Sunday night at 11:59 pm.