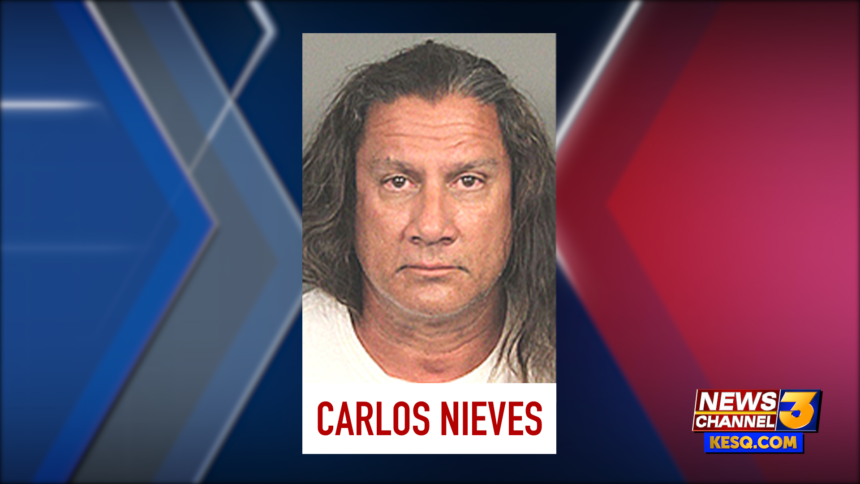 A La Quinta man is in custody following an investigation related to a theft.

52-year-old Carlos Nieves was arrested by the La Quinta Special Enforcement Team (SET) at a home on Avenida Rubio around 6:30 p.m. on Tuesday night.

The special enforcement team had returned to arrest Nieves following a previous visit on Nov. 19. That first was for a search warrant involving a theft investigation, according to RSO.

Authorities said Nieves was arrested this week because he was a convicted felon on parole in possession of ammunition and four grams of methamphetamine.

Nieves was booked into the county jail in Indio where he is being held on $10,000 bail, according to county jail records.