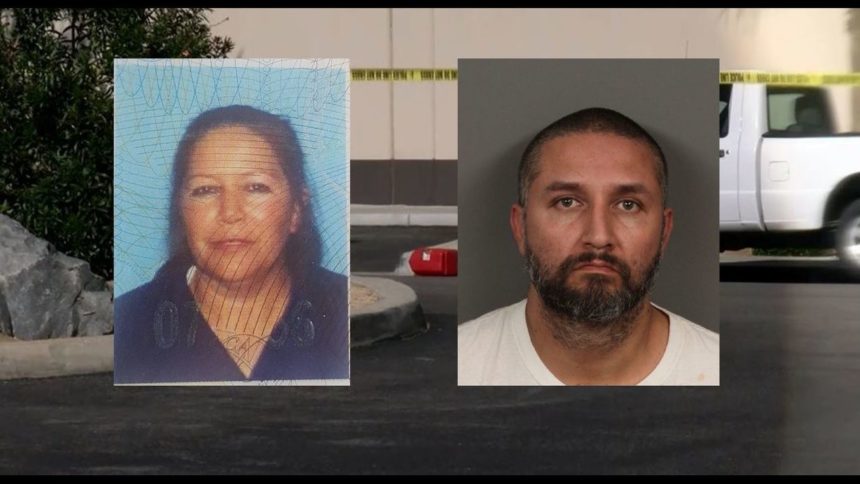 Jurors today will begin the process of deciding weather a Utah man convicted of first-degree murder for setting his mother on fire outside her Indio workplace will spend the rest of his life in prison or receive the death penalty.

Israel Ramirez Guardado, 38, of Salt Lake City, was found guilty on Monday ofdousing his 61-year-old mother with gasoline prior to using a lighter to set heron fire in January 2018 over what prosecutors framed as a disagreement overthe custody of Guardado's oldest daughter.

His mother, Francisca Ramirez of North Shore, suffered second- and third-degree burns over more than half of her body. She died almost a month after developing acute respiratory distress syndrome associated with her injuries, according to Deputy District Attorney Joshua Hill.

Jurors deliberated for about an hour before reaching their verdict.

In addition to convicting Guardado of murder, jurors found true two special circumstance allegations -- lying in wait and inflicting torture during the commission of a murder -- which make him eligible for the death penalty.

Guardado kept his closing argument to the jury to about 45 seconds on Monday, appearing to agree with the prosecution's rational for why they saidhe killed his mother.

The (Riverside County District Attorney's Office) will have you say that I'm doing it for my kid,'' he told the jurors,but then again, what wouldn't we do for our children?''

During the prosecution's closing argument, Hill displayed several screenshots of Guardado's Facebook posts for jurors to see again, posts thathe referred to throughout the trial which he used to paint a narrative around Guardado's alleged lust for vengeance toward his mother regarding the custody dispute over his daughter.

Ramirez was helping raise the girl at the time along with Guardado's brother, Hill said.

``Times up… I'm coming for you,'' he wrote on Jan. 1, 2018, an apparent threat that prosecutors allege was directed at his mother.

On Jan. 19, 2018, he wrote, ``I'm back in Kali and I'm ready to do whatever it takes to clear my … keep watching this won't go past Wednesday, just ask my mom,'' according to court documents.

During the trial, jurors were shown video footage from an Indio police officer's body-worn camera showing the victim walking toward the officer in the loading dock area of the Mathis Brothers furniture store on Highway 111 on Jan. 26, 2018, at about 5:50 a.m.

She was speaking in Spanish with her co-workers behind her translating.

Several of her co-workers testified during the trial to seeing somebody light Ramirez on fire that morning, but none of the men could pointto Guardado as the man responsible.

Surveillance video from an adjacent building was shown to jurors that showed the events that morning in grainy detail.

According to the prosecutor, the victim's co-workers used jackets and sweaters to smother the flames before emergency personnel arrived.

Ramirez was then rushed to JFK Medical Center in Indio, but she was later moved to the burn unit at Arrowhead Regional Medical Center in Colton. Prosecutors said doctors attempted skin grafts and other procedures, which ultimately proved unsuccessful. Ramirez's organs began to fail and shebecame unable to absorb oxygen from a ventilator. She was taken off life support and died Feb. 25.

Hill said that after the defendant set fire to his mother, he drove to the Indio jail to surrender, telling an employee, ``I came to turn myself in. I just set a woman on fire.''

Ramirez also allegedly pointed to her son as the man responsible for lighting her on fire to an Indio police detective who interviewed her while she was at JFK Medical Center on the day of the incident. She told the detective her son had set her ablaze because he was angry over the child custody arrangement involving his daughter, according to court documents.

During his closing argument, Guardado continued a trend he begun during his opening statement almost three weeks before -- one of unwavering trust in the jury's inevitable judgment.