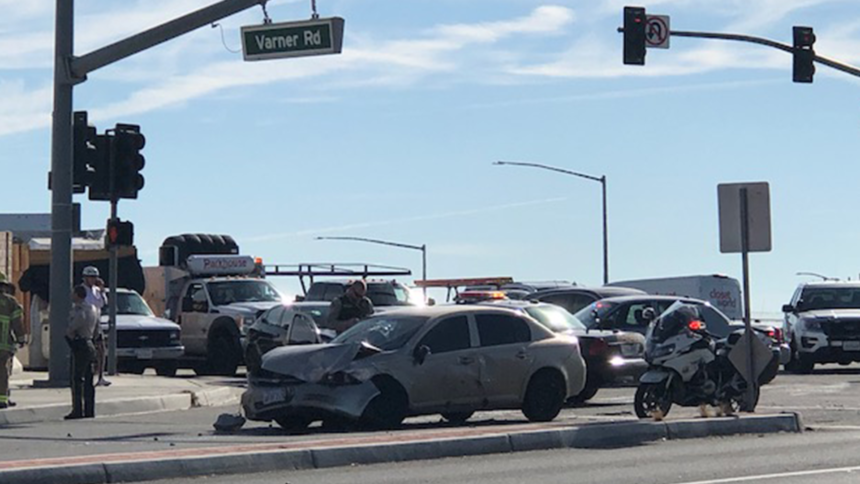 A Riverside County Sheriff's vehicle crashed while en route to a call in Thousand Palms Thursday morning at around 10:50 a.m.

According to CHP, an RSO sergeant suffered major injuries.

The sergeant was also put on a stretcher and hospitalized.