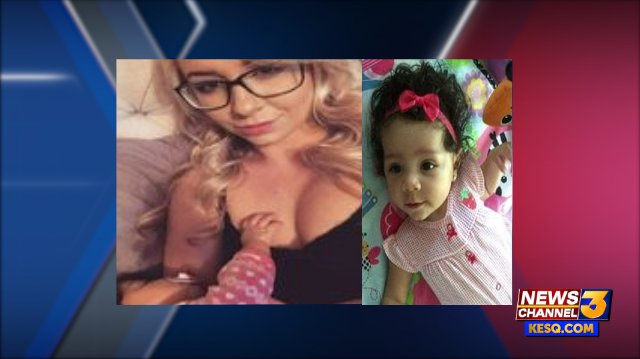 A 25-year-old mother has been sentenced to life probation for her involvement in the death of her infant daughter who died in a crash on Highway 74 in Palm Desert in May 2016.

Kristen Lauer's daughter was unrestrained at the time of the crash.

Lauer, a Rancho Mirage resident, initially plead guilty to murder and willful child cruelty and murder charges in 2017, but flipped her plea in September, according to City News Channel 3.

The child's father, Marcus Green, 52, remains in custody on murder and child endangerment charges. He is set to return to court for a trial readiness conference on January 29.

Green was behind the wheel of the Porsche sport coupe when it struck a metal guardrail and crashed down an embankment about 200 feet off state Route 74 just after 8 a.m.

During court proceedings for Green in February, Deputy District Attorney Samantha Paixao alleged that the baby was sitting on Lauer's lap because the car had racing modifications that prevented use of the backseats.

Green ``placed (Armani) in extreme danger'' by allowing the infant to ride unrestrained, while driving ``on one of the most dangerous roads that we have here in the desert, state Route 74,'' Paixao said.

``The two people who survived this accident, Your Honor, are the two people that had seatbelts on,'' the prosecutor said. ``They ensured their own safety by putting those seatbelts on and did not offer the same safety, the same dignity, for their own child.''

The baby was thrown about 90 feet from the car and pronounced dead at the scene. Lauer and Green were both seriously injured in the crash.