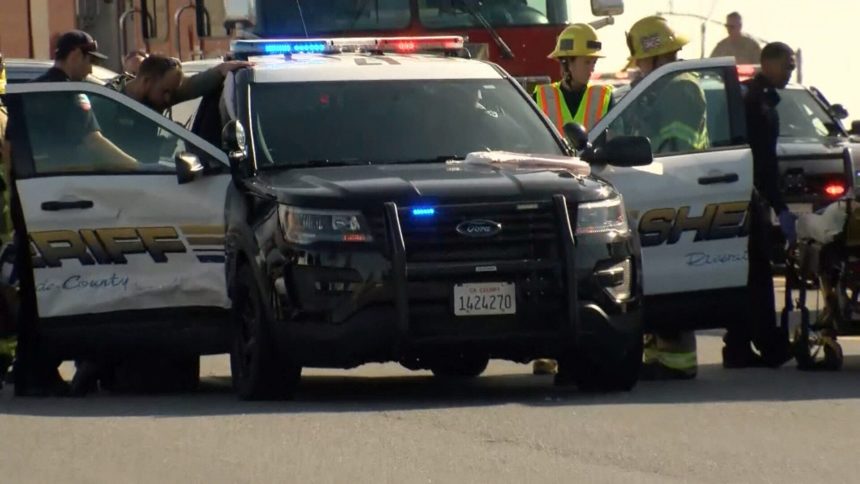 A Riverside County Sheriff's Sergeant who was injured in a crash in Thousand Palms on Thursday remains hospitalized Friday in stable condition.

The vehicle crashed while en route to a call of a reported bank robbery in at around 10:50 a.m. The call was later confirmed as being unfounded.

According to the California Highway Patrol, the investigating agency on the incident, the Sergeant suffered major injuries in the crash.