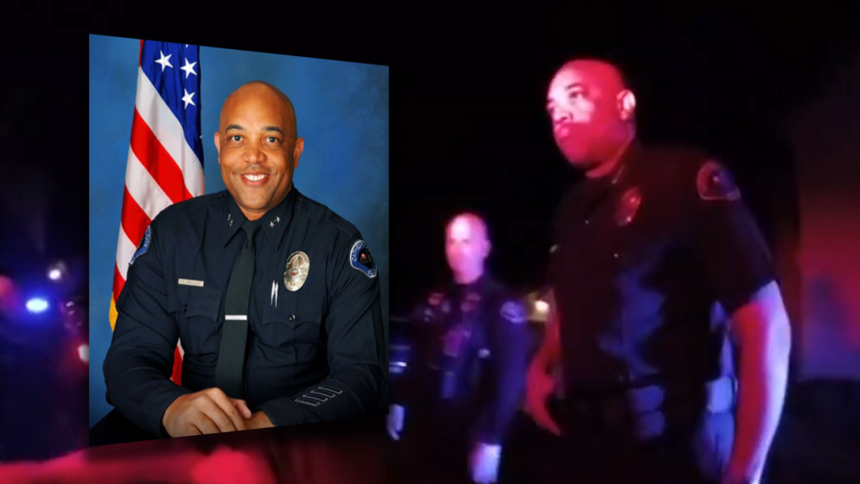 The Cathedral City Police Department released the video through the department YouTube channel late Tuesday morning, after months of requests by I-Team investigators. The incident occurred in January 2019.

The video shows the suspect, 18-year-old Axel Ignacio Perez-Ibarra, in CCPD custody. The suspect is shown in the back of a squad car, the door is closed and then, about 13 seconds later, he is taken back out of the vehicle by Chief Travis Walker.

A brief altercation ensues which ends with Perez-Ibarra on the pavement. The officer whose bodycam is recording leaves the incident for a short period of time to retrieve a restraint for the suspect from his vehicle.

According to a news release issued to News Channel 3 by CCPD, the incident was reported at 8:30 p.m. on January 10, 2019. The incident was labeled in the release as a report of a family battery.

Responding officers went to the Creekside Apartments located on the 68200 block of 33rd Avenue, where the reporting party told police that his son, Perez-Ibarra, had punched him.

"Officers arrived and met Axel at the top of the stairwell to the apartment. Axel attempted to get past officers while being detained. Axel physically resisted attempts to being detained and was taken to the ground," read the CCPD release. "After going down to the ground, Axel was detained in handcuffs. After further investigation, he was subsequently arrested for Battery, Battery on a Peace Officer, and Resisting Arrest with Violence. "

The initial release stated that Perez-Ibarra was booked into Indio Jail.

According to the Riverside County District Attorney's Office, Perez-Ibarra pleaded guilty to all charges on July 15th in a deal with the court. Judge Hopp then ordered him to enter into a YTec treatment program and to be released into Juvenile Hall custody. He is set to be sentenced on September 3, 2020.

News Channel 3's investigation into this matter began in June 2019, several weeks after Chief Travis Walker was placed on administrative leave on May 2, 2019.

On November 19, it was announced that Walker was no longer employed by the city.

Watch tonight at 6:00 p.m. for a full report by I-Team investigator John White, who spoke with the family of the suspect in this case, as well as former Chief Walker.