John won a Pacific Southwest Emmy Award in 2016 for his reporting on the Salton Sea.

John first moved to the desert in 1991 and worked in radio and then as host of the Coachella Valley Evening Report on cable.  He joined KESQ in 1995 before moving to Harrisburg, PA, and WHP-TV in 1997.

In 2000, John and his family decided to return to the desert and KESQ-TV.

John has interviewed countless newsmakers over the years along with following all of the valley's biggest stories.

A native of the Chicago area, John earned his bachelor's degree in Broadcast Journalism from Northern Illinois University in DeKalb, Illinois.

The desert is his adopted home and he's enjoyed most of life's greatest moments right here.  He married his wife in Palm Desert in 1993.  Their daughter was born here in 1997.

John is also a die-hard Cubs fan who enjoyed his team clinching its first World Series Championship in 108 years in 2016. 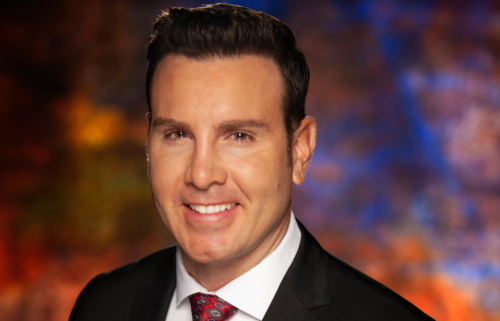