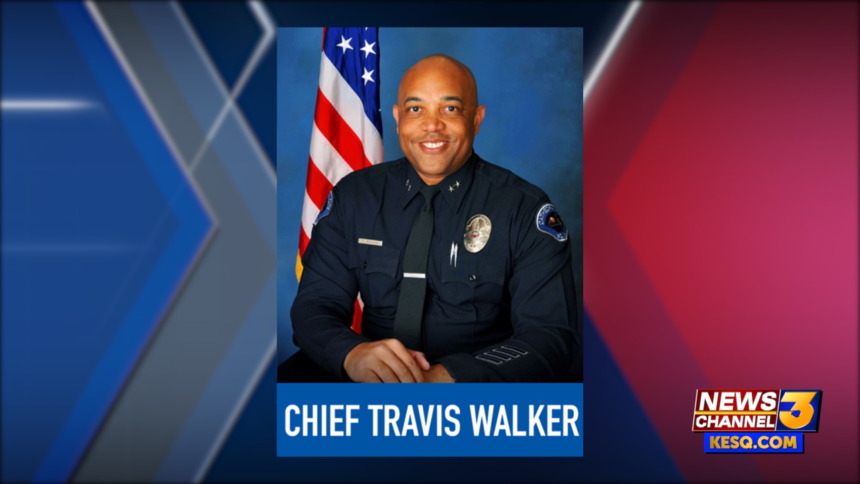 "A separation of employment has occurred between Police Chief Travis Walker and the City of Cathedral City," wrote Chris Parman, communications/events manager for Cathedral City.

The city confirmed the agreement was mutual.

"After three years with the City of Cathedral City Police Department, Chief Travis Walker and the City have reached a mutual separation agreement. Under Chief Walker's leadership the City saw a 14.3% reduction in Part I crimes as well as numerous other accomplishments. He implemented several programs strengthening the Department's engagement with the community, brought about organizational efficiency through the use of upgraded technology, and successfully raised funds to build the Cathedral City Fallen Peace Officer Memorial. Walker is grateful for the opportunity he had to serve the residents of Cathedral City, and wishes them all well."

Walker was placed on paid administrative leave on May 2, 2019 after being accused of sexual harassment and battery by Cathedral City Police Department Dispatcher Loran Candelas.

Parman confirmed Candelas is still employed with the city.

We reached out to Darren Campbell, Candelas' attorney, for a statement on today's news. Campbell told News Channel 3 that Candelas has no comment on matter.

Watch: I-Team investigation into the allegations

"Chief Walker would make up reasons that he needed to see (her) in his office alone and had no choice but to comply with Chief Walker’s demands," read an excerpt from the complaint. "Chief Walker would grab hands and force her to touch him. Chief Walker would also text on her personal phone from either his personal or work phone. Due to the harassment that she was suffering, (she) applied for a position at another police department."

One incident mentioned in the complained alleges that Walker forced himself on Candelas at an Indian Wells hotel back in October 2018.

"He tried to pull off her clothes, he was being very aggressive and rough," reads the complaint. "Since her shoes were still on, it prevented Chief Walker from taking off her pants, but Chief Walker was able to pull down underwear, and he put himself inside her. (She) pushed him off, and she left the hotel."

Candelas reported the alleged Indian Wells incident to the Riverside County Sheriff's Department on April 30, and then to the Cathedral City Human Relations Department on May 1

The city was conducting an internal investigating into the allegations, however, now that a separation of employment has been reached, the investigation has been stopped, according to Parman.

The city announced that Deputy Police Chief Anthony Yoakum will continue in his role as acting police chief.