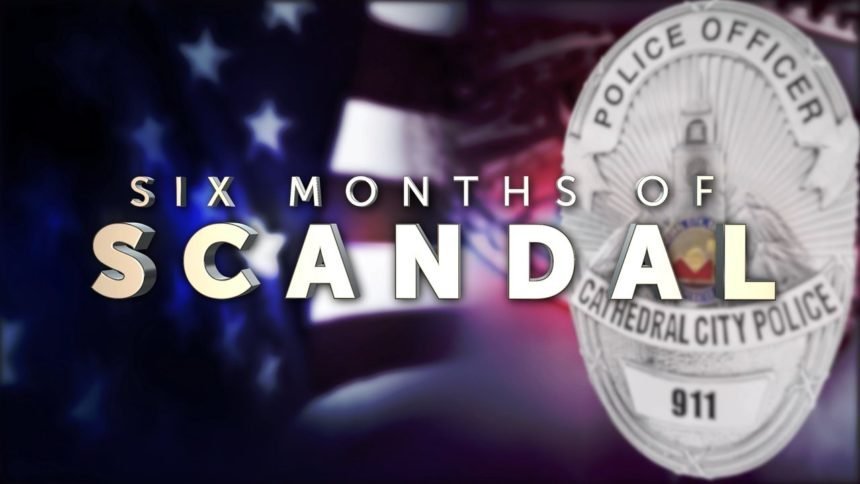 Embattled Cathedral City Police Chief, Travis Walker, will have been on paid administrative leave as of this weekend.

Candelas alleges in a complaint against the city that Walker had her meet him at the Miramonte Resort in Indian Wells where he was attending a conference.

She claims the chief had her meet him in his room where he, "was able to pull down the plaintiff's underwear, and he put himself inside her."

The complaint goes on, "plaintiff pushed him off, and she left the hotel."

In April, Candelas reported the allegations to the Sheriff's Department and city hall. He was placed on paid administrative leave on May 2. Cathedral City won't divulge the chief's current salary, calling it a personnel matter.

Based on that, over a period of six months, it's possible the chief has been paid $106,559 or more. The chief is collecting that salary while also running a business venture, ASPIS Safety, Inc..

The company's website touts him as an "eminent expert and dynamic speaker on violence prevention, mitigation, and response."

According to city regulations for the chief's employment, "no employee shall engage in any outside employment, enterprise, or remunerated activity without the prior approval of his/her department head or appointing power."

A city spokesman has told News Channel 3 that the city manager was unaware of Chief Walker starting a new business.

Reached this summer by News Channel 3, Walker said there was no conflict and it's fairly standard for people in his position to have an outside business.

The city's investigation is being handled by the Employment Risk Management Authority which protects local governments from liability issues.

The sheriff's department did investigate the allegations against Walker. The district attorney found insufficient evidence to pursue criminal charges.