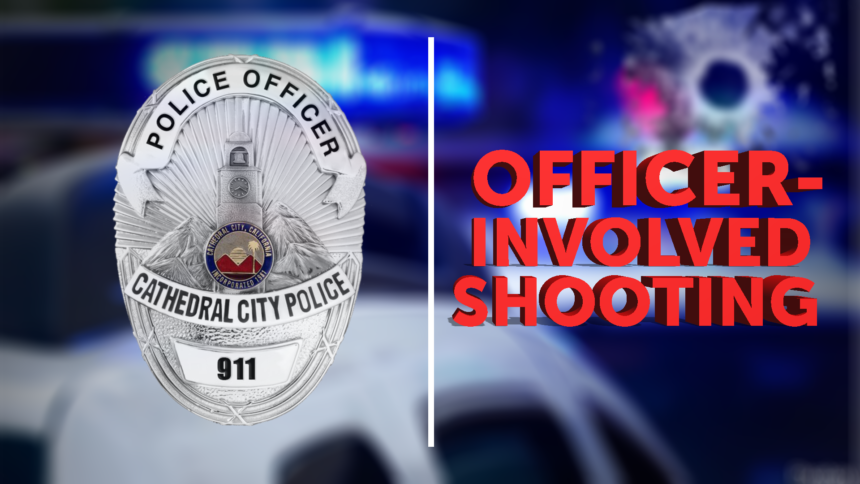 An officer-involved shooting occurred Monday night in Cathedral City while an officer was pursuing a teenage suspect in the process of a robbery investigation.

No officer or suspect was injured in the process of the officer-involved shooting.

According to a news release issued by the Cathedral City Police Department on Tuesday afternoon, officers received a report from a 16-year-old male juvenile that he had been "jumped" and robbed by a group of at least ten males near Ocotillo Park, located at 33300 Moreno Road.

The victim told officers that the group surrounded him and stole his cell phone. Responding officers spoke with the victim when they arrived on scene, and located what they believed to be the group of suspects.

During the ensuing investigation and attempted detention of the group, the suspects fled from the area on foot into the surrounding neighborhoods.

During the pursuit of one of the suspects, a 15-year-old male, a CCPD officer discharged his weapon. After this incident, the 15-year-old was taken into custody.

The victim of the robbery identified the 15-year-old as one of the suspects that had jumped him earlier in the evening, according to CCPD.

The 15-year-old was transported to an area hospital for medical clearance, then transferred to the Cathedral City Police Station. His parents were then notified that he would be transported to Riverside County Juvenile Hall in Indio. He is being charged in connection with the robbery near Ocotillo Park.

"Cathedral City Police Detectives were notified and are responsible for the robbery investigation and all related follow-up," read the CCPD release. "The case is on-going, and detectives are working to identify and locate the outstanding suspects involved in the robbery. "

Riverside County Sheriff's Central Homicide Unit investigators responded to the scene of the shooting incident and have taken over the OIS investigation.

The CCPD officer who discharged his firearm has been placed on administrative leave pending the investigation.

Anyone with information relating to the officer-involved shooting incident is encouraged to contact Investigator Dickey with the Riverside County Sheriff's Department at 951-955-2777.

The Cathedral City Police Department is urging community in the area of Ocotillo Park and its surrounding areas to come forward if they have any further information on the robbery incident. To report the information, contact Sergeant Sanchez with CCPD at 760-770-0300 or go online to cathedralcitypolice.com.