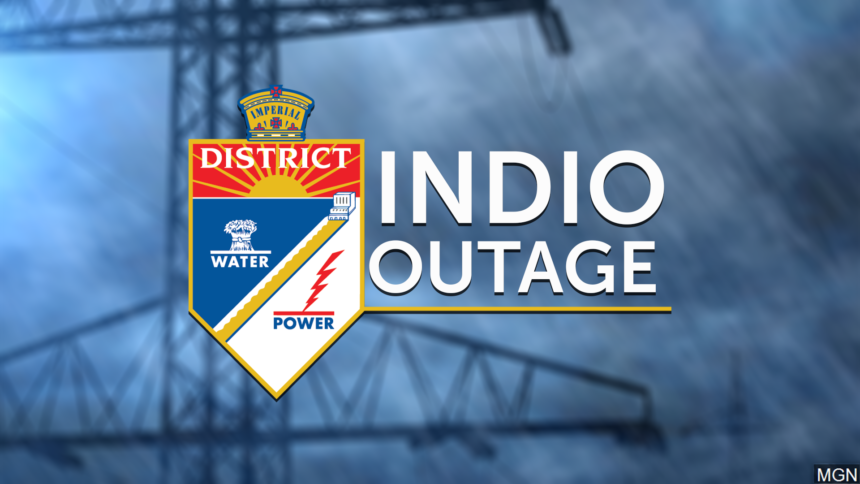 Power has been knocked out for nearly 6,000 Imperial Irrigation District customers Thursday morning.

The outage, which was officially reported by IID via Twitter at 11:16 a.m., is affecting 5,944 customers.

There currently is no estimated restoration timeline.

A News Channel 3 viewer living in Sun City Shadow Hills said that the outage was affecting their community.

Several minutes later, IID expanded on local outages, mentioning that power was also out for residents in Bermuda Dunes and La Quinta.

At around 6:50 a.m. this morning, IID reported an outage affecting 778 La Quinta customers. According to IID's twitter, power was restored by 7:02 a.m.