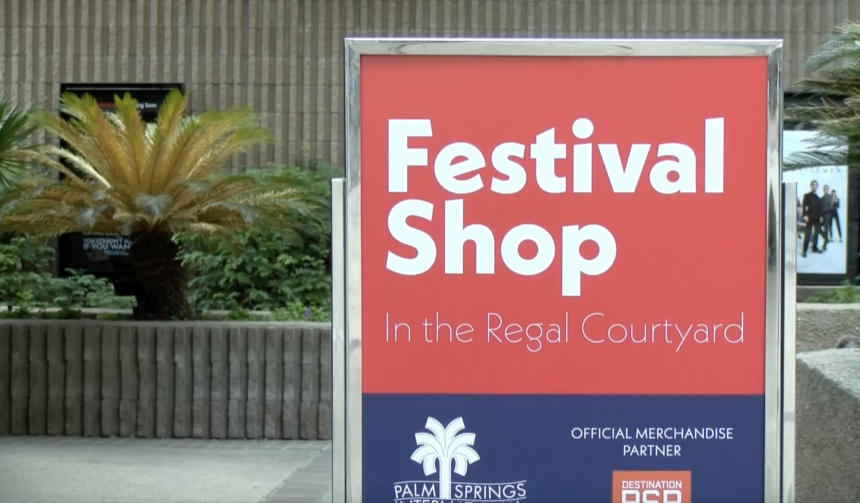 With the Palm Springs International Film Festival Awards Gala this Thursday and the film festival starting on Friday, downtown Palm Springs is already seeing pop-up shops as people gear up for one of the biggest film festivals in North America.

News Channel 3’s Caitlin Thropay gives us a look at how things are coming together and everything you need to know ahead of the film festival.

“We love it! "We were hooked after the first year,” Rita Yribar told News Channel 3. Yribar has been attending the Palm Springs International Film Festival for ten years.

“As soon as the schedule comes out we go through and look at the films we want to see,” she said.

We met up with her at the Regal Cinemas Complex off of Tahquitz Canyon Way.

“We buy three, six packs so that means we can each go to nine movies and then we buy a couple of extra of the talking pictures so we’ll probably see about 11 movies in total,” she shared.

You can purchase tickets to the festival before it begins on Friday, January 3 at the Regal Cinemas Complex. The ticket and information office is open from 9 a.m. to 5 p.m. every day but will be closed on New Year's Day.

This is also where you’ll find all of the film festival swag and pop-up shops.

As for this annual film fest attender, Yribar tells us what she enjoys most about attending the festival.

“It’s really nice to see things you might not be able to see at other times of the year, things that don’t necessarily make it into the mainstream movies,” she said.

And she definitely recommends you go see a movie too. “Oh yes, look at the schedule and look for things you may be interested in,” Yribar said.

Once the film festival begins, you can also purchase tickets at any of the theater box offices.