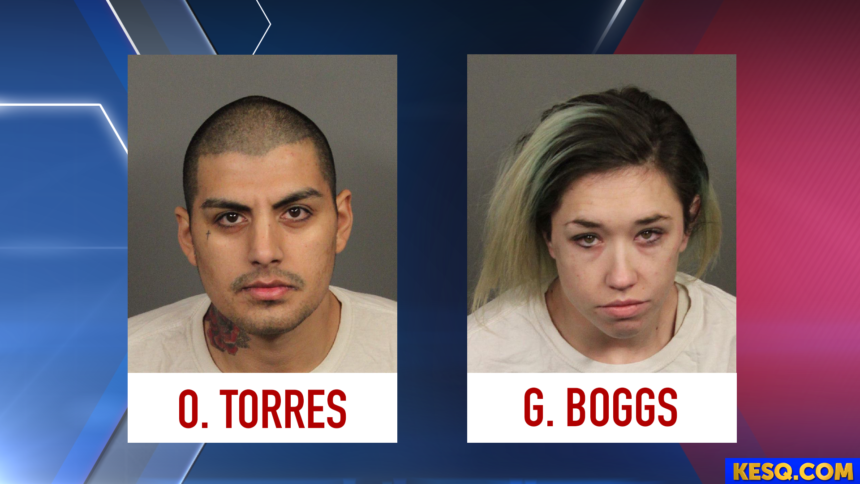 Two grand theft suspects were taken into custody over the weekend after allegedly stealing from a La Quinta retail store and then fleeing in a loaner car, according to the Riverside County Sheriff's Department.

Deputies determined that the getaway vehicle was a loaner vehicle and further investigation led them to the 78300 block of Terra Cotta Court in La Quinta.

"The La Quinta Special Enforcement Team is asking anyone with additional information to contact Deputy Iniguez at the Thermal Sheriff’s Station by calling (760)-863-8990," read RSO's release on the incident.

According to county jail records, Boggs faces three felony counts, conspiracy to commit a crime, second-degree burglary, and organized retail theft of greater than $950. She also faces one misdemeanor charge of possession of narcotics. She was released on $30,000 bail on Monday.

According to county jail records, Torres faces the same three felony counts as Boggs. At the time of this publication, he remained behind bars on $10,000 bail.