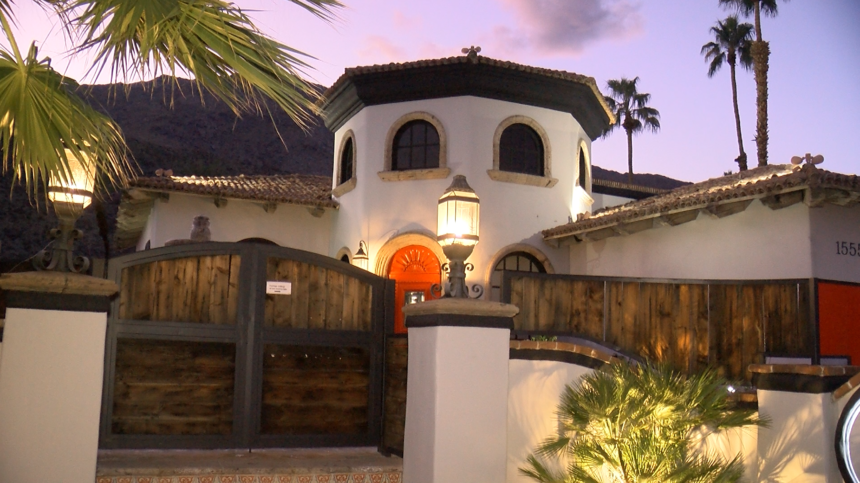 A new restaurant is soon opening in South Palm Springs, in the former location of the Hacienda Cantina and Beach Club.

Richard Owings lives just up the street from AsiaSF. He said he's looking forward to an energetic new spot within walking distance of his home.

"If you go up and down the street here, there's a lot of buildings businesses that are empty and it's a little sad to see," Owings said. "The vibrancy will be nice. I don't think people are opposed to that."

"I think that's the number one thing why nobody wanted to touch it before, so finally somebody finally takes it over," said Harlon Ray, the general manager for Delos Reyes Palm Springs, a hotel across the street from the restaurant.

He says the vacant property has been an eyesore for years.

"Dead and it's dark, so hopefully when they open, you know, more life more people," Ray said.

He's looking forward to the foot traffic the restaurant will bring, hoping some will spill over into his lobby.

"If something happens, they can come by here, stay the night and drive in the morning," Ray said. "Better to be safe."

Spokesperson for AsiaSF David Perry wrote in a statement to News Channel 3: "Very shortly we’ll be announcing details about our grand opening and the ‘transformative’ celebration of diversity coming to Palm Springs and the Coachella Valley by the Ladies of AsiaSF."