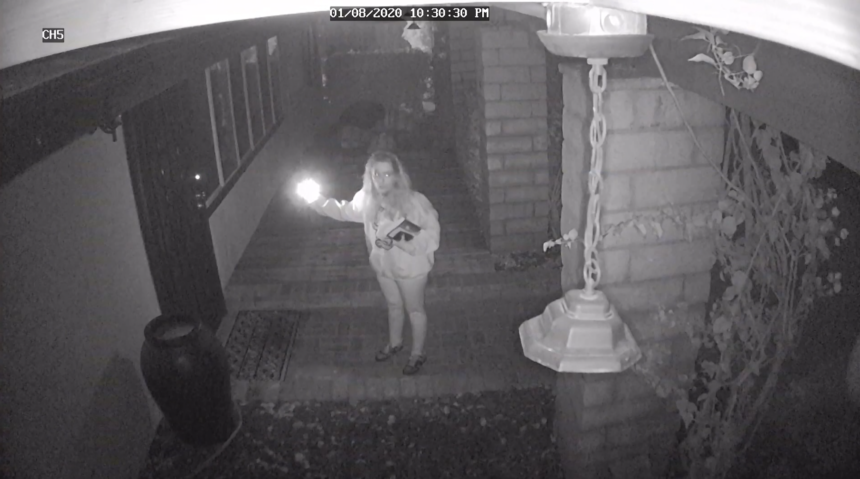 People are on high alert after home surveillance cameras across the Cathedral City cove caught a woman lurking through the neighborhood. Some said their mail was stolen and that a car was broken into.

David Travis was asleep last Wednesday night, but his cameras captured the woman at his front door, appearing to check if it was unlocked before using her cell phone flashlight to check the front windows.

She was then seen opening the back gate and entering Travis's backyard. She tried the back door, triggering a motion-activated light and waking Travis and his dogs up.

"I noticed that in the corner behind the house was a woman standing there in the shadows. And so I immediately said get out of our backyard," Travis said. "I didn't really want to have an aggressive situation so I told her to get out and I followed her out."

The woman left the property and walked down the street, but neighbors report the confrontation didn't stop her from continuing a spree of attempted break-ins and mail theft.

Video from a home a mile away and several hours later showed what neighbors suspect is the same person opening a car door in a driveway. Afterward, she appeared to steal mail from a mailbox.

Residents in the cove said they were able to reach these conclusions by keeping each other alerted to what was happening.

"We pretty much know everybody on our street on the block and so we know what's going on and they tell us," Travis said. "That's a really great feeling, to know that everybody has each other's back."

As a result of the incident, he said he is keeping his guard up, and his back gate locked.

"Doesn't really make me scared or afraid; it just makes me more aware of what's going on," Travis said.