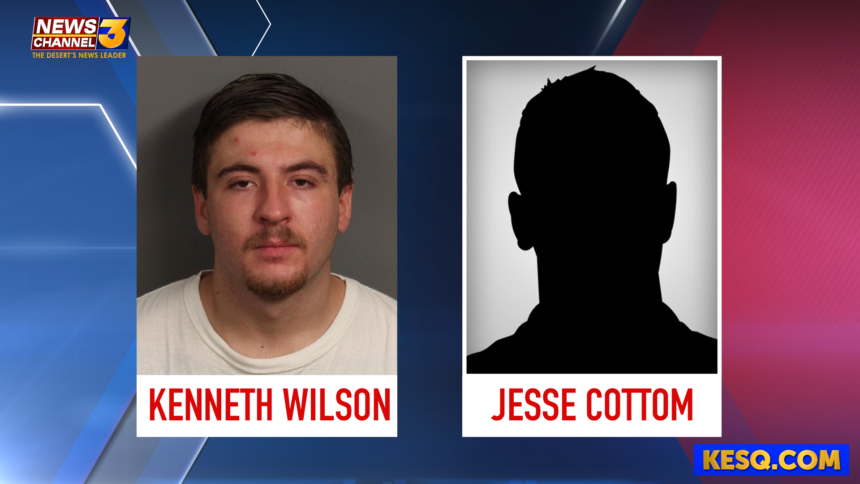 An Indio jury has found two men guilty of first-degree murder in the shooting death of a 20-year-old man nearly five years ago during a botched drug deal in La Quinta.

Jesse Keith Cottom, 21, and Kenneth Michael Wilson, 25, were both charged with murder and attempted robbery, along with a sentence-enhancing allegation of discharging a firearm causing great bodily injury for the Jan. 30, 2015 shooting in the Cove neighborhood.

Cottom and Wilson are scheduled to be sentenced on Feb. 11.

Prosecutors say that Cottom shot and killed Ryan Sniffin, 20, of Joshua Tree, who was trying to buy an ounce of cocaine from Cottom at the time. Prosecutors contend Wilson provided Cottom with the gun and was present when the shooting occurred.

The murder charge includes a special circumstance allegation of committing a murder during the commission of a robbery, but the Riverside County District Attorney's Office previously opted not to seek the death penalty in the case.

The defendants face up to life in prison without the possibility of parole.

At the beginning of the trial, Deputy District Attorney Anne-Marie Lofthouse told jurors during her opening statement that Cottom and Wilson went to the purported drug transaction with a carefully crafted plan'' andwith a clear motive: money.''

Lofthouse contended that Cottom, Wilson and another man, Miguel Ramirez devised a scheme to fill two sandwich bags with baking soda in an attempt to pass the substance off as cocaine.

At about 6:30 p.m. on the night of shooting, Sniffin, his cousin and another man drove to the 51800 block of Avenida Ramirez to meet Cottom, Lofthouse said, and a short time later, Cottom, Wilson and Ramirez rode up to the area on bicycles.

Dylan Sniffin testified during the trial that Cottom approached and handed Ryan Sniffin two bags containing an unspecified amount of what he claimed was cocaine, but Sniffin handed the bags back, saying he wanted ``better stuff.''

Dylan Sniffin said Cottom rode away, but quickly returned on foot and tried to rob his cousin, with Cottom pointing a gun at Ryan Sniffin's head.

Cottom allegedly ran from the scene without any cash.

Sheriff's deputies responded to the scene about 6:40 p.m. and found Sniffin on the ground with a single gunshot wound to the neck, according to prosecutors. Sniffin died at about 11:05 p.m. that night at Desert Regional Medical Center, according to the Riverside County Coroner's Bureau.

Prosecutors contend Sniffin was shot with a .38-caliber revolver, although the weapon has never been recovered.

Cottom's attorney, Greg Johnson, said during his opening statement that the prosecution was expected to call drug users and convicted criminals to testify against his client during the trial, including people who agreed with the District Attorney's Office to reduced sentences in other cases.

Johnson questioned Dylan Sniffin about whether he was under the influence of any drugs or medications while testifying.

Wilson's attorney, John Patrick Dolan, did not give an opening statement but claimed in a trial brief that Wilson was not present when Ryan Sniffin was shot.

Dylan Sniffin testified Thursday that he only saw Cottom prior to and during the shooting, but he said he saw Wilson and another man drive by in a red car gawking at the scene after authorities had arrived.

A third co-defendant in the case, Wayne David Wilson -- the brother of Kenneth Wilson -- pleaded guilty in October to being an accessory to the killing after the fact.

No booking photo is available for Cottom, according to the Riverside County Sheriff's Department's Media Information Bureau.