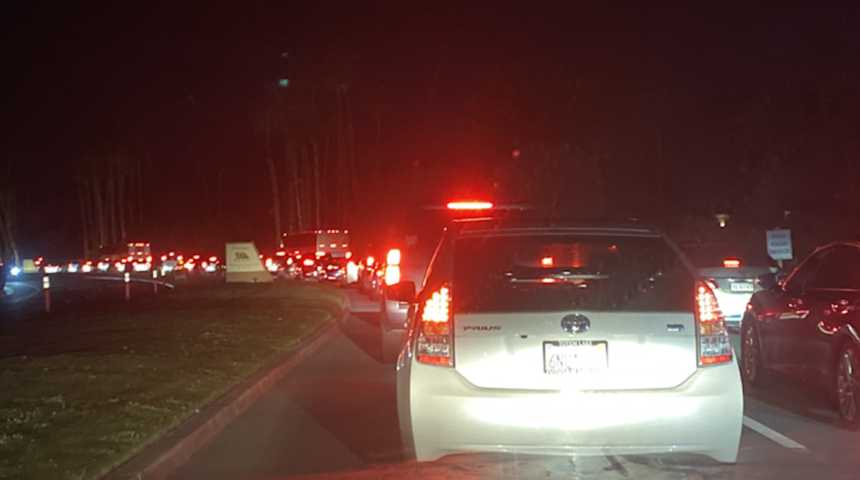 The city of La Quinta is going to work, vowing to improve traffic flow at next year's American Express golf tournament after concertgoers were trapped in gridlock at Stevie Nicks and Luke Bryan shows.

City staff have held at least two meetings already in the wake of last weekend's concerts.

"We're going to spend the entire year working to perfect the plan as well as to anticipate all the issues," said Chris Escobedo, La Quinta's community resources director.

Some residents chalk the issue up to the city's growing pains. But others say more should have been done.

"Absolutely no excuse," said Jim Alderson. "They knew there was going to be 20,000 people."

After traffic snarled to a halt for hours Friday night, an emergency meeting was called Saturday morning to make changes that included outreach to PGA West residents and more traffic staffing – something residents say should have been implemented in the first place.

"Anybody looking at it would think that this plan isn't going to work," Alderson said.

Another meeting was held Wednesday at city hall, with all hands on deck to figure out a traffic plan for the 2021 American Express tournament.

"Identifying some alternative parking lots where we can stack shuttles so there's not as much compression there, and increasing the number of security personnel and police officers," Escobedo said.

"I think they've done a great job and they'll continue to do a good job," said La Quinta resident Caron Redgate. "I think they will take it seriously and it's just nice that they can advance and put La Quinta out there with so many things."

But for other La Quinta residents, a bitter taste was left in their mouth after traffic issues during the 2018 Ironman triathlon. Alderson said this year's golf tournament is a second strike.

"They've blown it big-time two years in a row," he said. "One with Ironman which they said they got fixed, and then with this one."

City officials pointed out traffic at the Ironman was more successful the second time around, hoping for the same at next year's American Express.

"We have now a track record of delivering the success and making that right and so that's what we're committed to do," Escobedo said.

This week's meeting held at city hall is just the first of many. City staff said they're planning to meet once every two weeks ahead of next year's tournament to get the planning perfected.