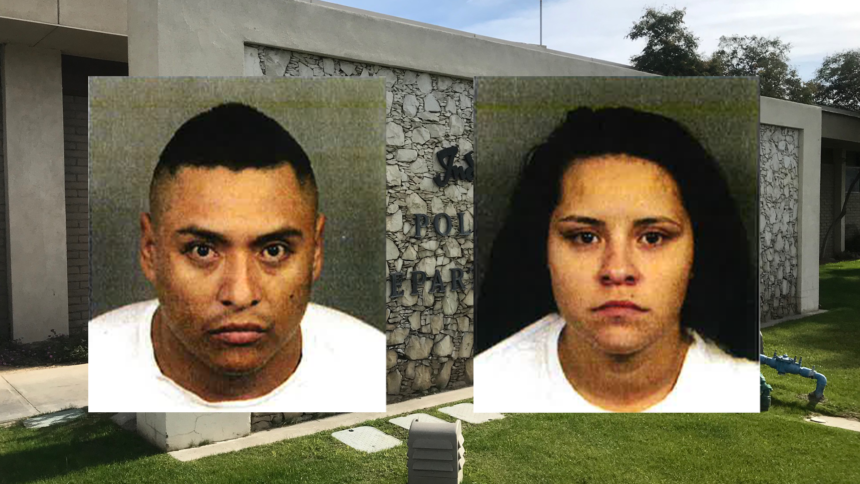 A baby boy who was allegedly killed by his parents last week has been identified by the Indio Police Department.

2-month-old Marcos Fabian Fernandez died after his father, 33-year-old Daniel Alvarado Fernandez, reportedly shook and traumatically injured him. His mother, 26-year-old Zue Itzayanna Flores Urias, reportedly witnessed the abuse, and did not check on Marcos until a half an hour after the assault.

The document, a declaration in support of increased bail, detailed more on the incident, including an alleged exchange between the parents after their arrest where they agreed that Marcos' death was God's will and that they intended to flee back to their native Mexico once they made bail.

Fernandez and Urias were arrested on January 16 at 12:15 p.m. at the Indio Police Department. They were first detained earlier that day after they came into John F. Kennedy Memorial Hospital with Marcos, who was already dead, according to the IPD release.

Marcos reportedly had signs of traumatic injuries when examined at the hospital.

"Victim had a cut to the right eye, black eye, bruises to the back, chest, face, legs, and bottom of his feet," read the declaration. "During the interview, I asked Zue if she told the other three kids she has to not speak to the police. She denied that statement."

Both suspects entered not guilty please in Indio court on Tuesday. Fernandez also faces a charge of torture and two counts of willful cruelty to a child and assault on a child under 8 years old resulting in death. Fernandez' additional charges could

Indio Police Department's original release on the incident did not specify the victim's gender and also listed the victim's age as 3-months-old. The declaration specified that the child was a 2-month-old boy.

Read the felony complaint and bail increase declaration below:

Editorial note: A previous version of this story listed the victim's middle name as "Fabien". The Indio Police Department has since issued a correction to the name - "Fabian". The change is reflected above.