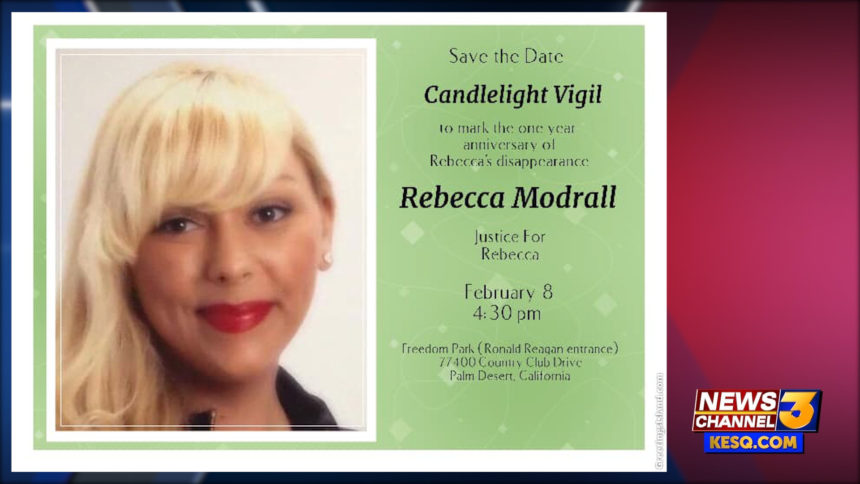 Rebecca's family will gather for a "Justice for Rebecca" vigil on Saturday at 4:30 p.m. at Freedom Park (Ronald Regan Entrance) on 77400 Country Club Drive in Palm Desert. The public is invited to attend.

"The not knowing is every parent's worst nightmare...She's a mother. She's a friend she's a cousin. She's our daughter...we're not going to just let this go. We love Rebecca. We want to see justice for Rebecca. And we want truth for Rebecca," said Rebecca's mother, Sarah Modrall.