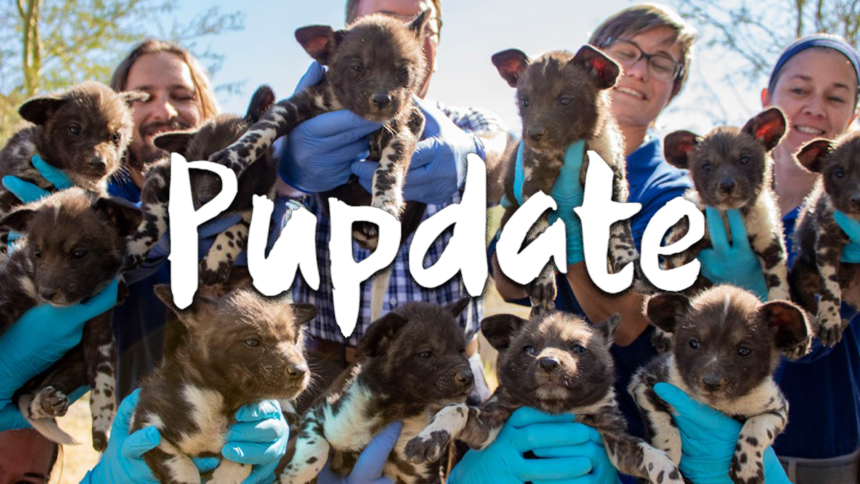 Things are continuing to progress nicely for the newest litter of African painted dogs at the Living Desert.

According to the Living Desert update, the pups are getting "nice and chunky", now weighing between 4 and 5 pounds. The last "pupdate", issued on February 13, had the puppies weighing in between 2.5 and 3.5 pounds.

In addition to the standard health update, the zoo also did its own social media gender reveal, sans blue or pink cake filling.

"For anyone playing the gender-reveal guessing game along with us, you’ll be excited to know that there are four girls and seven boys in this litter," continued the post.

Parents Beatrix and Kiraka welcomed this set of pups to their den on January 18. The now second-time parents welcomed their first litter in April.

Keep track of the latest updates on the litter through this link.