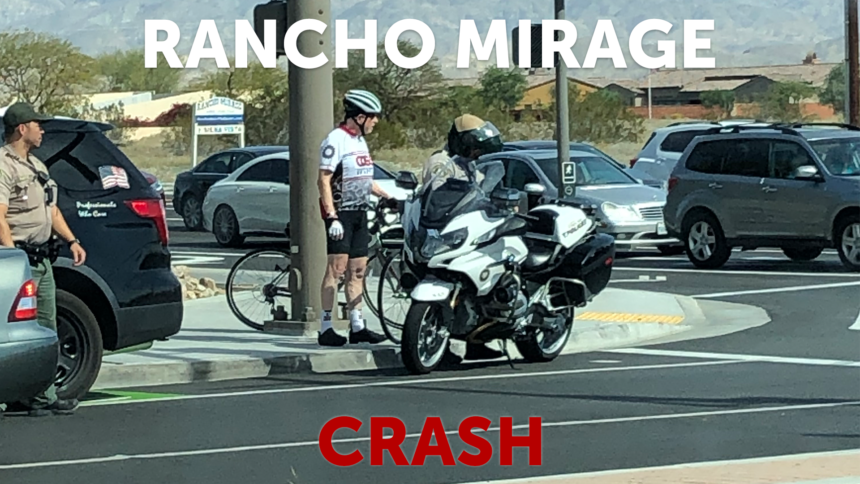 A woman was sent to the hospital to be treated for minor injuries after being struck by a car while bicycling in Rancho Mirage Friday morning.

The accident was reported at 10:51 a.m. the intersection of Bob Hope Drive and Gerald Ford Drive for a report of a bicyclist struck by a vehicle. The driver of the car stayed on scene and cooperated with the investigating deputies, according to the Riverside County Sheriff's Department.

Drugs or alcohol do not appear to have played a role in the crash.

The incident forced a temporary closure of the intersection, but the roadways have since reopened.