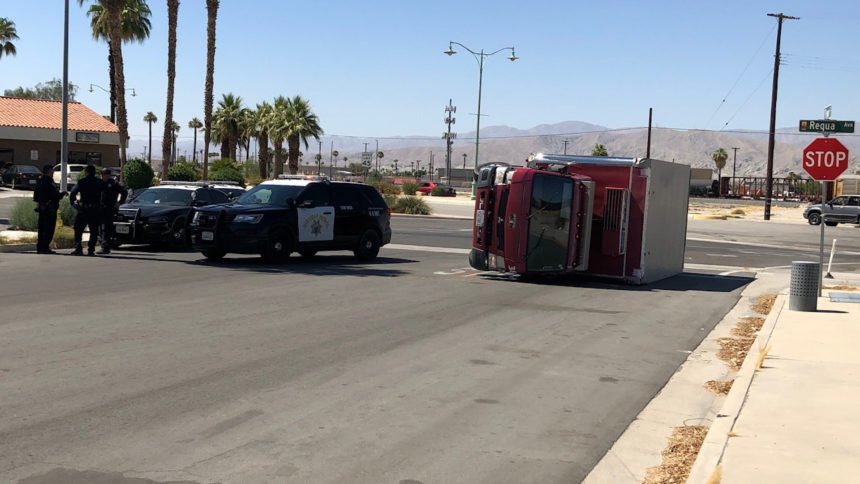 The California Highway Patrol detained a suspect believed to have stolen a Farmer Brothers Coffee truck.

A CHP Sergeant told News Channel 3 at the scene that a driver was making a delivery when the suspect came in and stole the truck. The suspect led officers on a pursuit through various cities along the Interstate 10.

The suspect eventually got off the highway and drove into Indio. The Sgt. says the suspect crashed with a vehicle at Indio Boulevard near Clinton Street but kept going. The vehicle finally came to a stop when it rolled on to its side at Flower Street and Requa Avenue.

The suspect attempted to flee on foot but officers were able to apprehend him at the site of the crash. He was checked out by paramedics and cleared of any injuries. He is now in police custody and facing charges, the sergeant said.

No other injuries were reported.