Flags flown by the cities of Corona and Riverside were lowered to half-staff today, and will be lowered again tomorrow, in honor of Marines from each municipality who died during a sea-going exercise near San Clemente Island.

"Our cities and our residents are mourning these two young men, so lowering the flags is absolutely appropriate," Corona Mayor Jim Steiner said. "We encourage residents and businesses in our cities to lower their flags, as well."

Pfc. Bryan J. Baltierra, 18, of Corona and Cpl. Cesar A. Villanueva, 21, of Riverside perished along with six other Marines and a U.S. Navy corpsman last Thursday afternoon when their 26-ton amphibious assault vehicle sank for reasons still under investigation.

The boat was maneuvering to rendezvous with a ship as part of a maritime training mission 80 miles west of Encinitas, according to the 1st Marine Expeditionary Force.

Seven members of the crew, all based at Camp Pendleton, survived the accident. Two remain hospitalized, one in critical condition, according to the Marine Corps.

"These young men in the early stages of their service to our country deserve our utmost respect for their sacrifice," Riverside Mayor Rusty Bailey said. "We hope our effort will bring a small measure of comfort to their families." 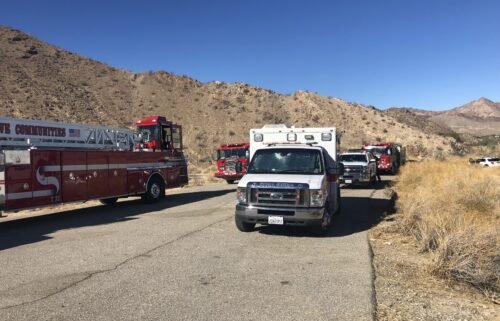