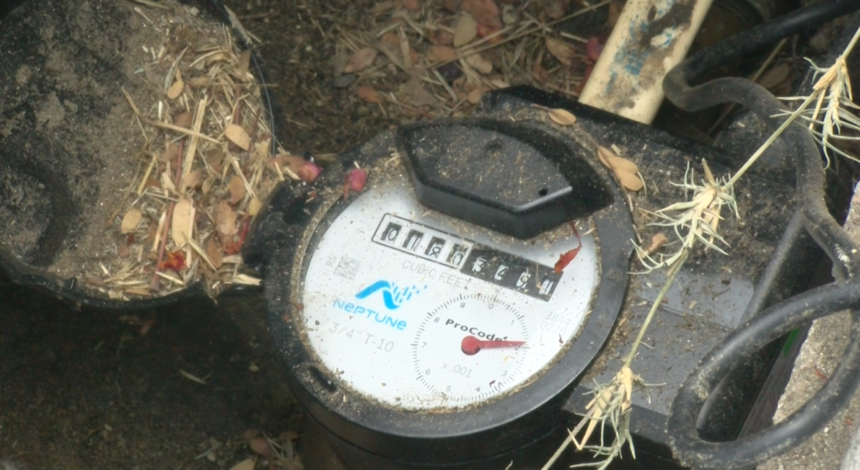 On August 20 the district released a statement acknowledging customers' concerns. They went onto say, "We found that about 1,000 customers have continuous consumption. Please check for leaks, running toilets, and/or irrigation issues."

In late 2018 the company experienced large volumes of register malfunctions, the device that sends out water use data to the district. As a result, many customer bills were estimated based on their past history. Beginning in December 2019 the company coupled replacing meters and registers.

"Consumption is very erratic and very unique to each parcel," MSWD Director of Administrative Services, Matt McCue said as he presented a breakdown of water bill usage.

The presentation aimed to give customers a better understanding of their water bills, while demonstrating trends over the last few years.

Following the presentation, residents chimed into public comment. "My last bill was using 80,000 gallons and I don’t have a pool, I have artificial grass, my house is only 15 years old," one resident said.

Another man also weighed in, saying his bill increased over the past six months. "I’m just alarmed that my water bill has basically tripled." The resident went onto say he did not receive any of the notifications that the district mailed out to notify customers of estimated pricing, along with other important notices.

"My water bill more than doubled as a result of the new meters and it wasn't an astronomical amount," said MSWD Director Russ Martin.

Following the presentation, Martin spoke on the meters generating more revenue for the district and in turn proposed decreasing water rates in favor of customers.

"Our current policy is that when there is a leak detection or a leak complaint we send personnel out to check the line from the street to the meter and from the meter throughout the rest of the house is responsibility of the homeowner. During this change, this swap over to the new meters, until we get everything smoothed out over a period of time, I would like to see that amended and I would prefer to see the water district hire an independent contractor when we determine that the meter is working right and we determine there are no leaks to the water line to the meter," Martin said.

Martin called for the proposal to be taken from a conservation standpoint in order to move forward.

Others involved in the meeting said despite costs related to an independent contractor, they would look into the matter.

"Usually what's on peoples' property and their leaks, sad to say but true, that it's their responsibility what's on their property and that leak was there probably before we changed out the meters," MSWD President, Nancy Wright said.

Meanwhile, the district maintains that the new equipment is more accurate and can detect leaks more efficiently compared to prior systems.

"The most important thing to do is ensure everything is turned off in the home and and your irrigation is off. If you see that red dial still turning that means water is still flowing somewhere," MSWD customer service manager, April Scott said.

Scott added that if the dial indicates water usage, that does not always mean it's tied to a leak.

"People also have autofill settings on their pool that can be set too frequently, irrigation schedules can be set to run too long," Scott said.

Another source of continuous consumption, according to the district, can be evaporative coolers and swamp coolers.

If a homeowner identifies that there is continuous consumption, from there it will take some problem solving and a process of elimination to determine the source.

On August 21 Desert Hot Springs resident, Darla Berry told News Channel 3 she could not figure out why her latest bill was reporting 87,516 gallons of water used.

Despite not having a pool or having grass to water, the water district told News Channel 3 that Berry hired a leak detection specialist who later identified there was a leak on the property.

Scott said even outages could cause unexpected usage and may require resetting water-use scheduling on certain devices, such as irrigation systems.

Another contributing factor is many residents using more water during the summer months.

The district said after customers make a repair they can apply to the United Way Bill Assistance program. If someone qualifies, they can receive $100 once a year.