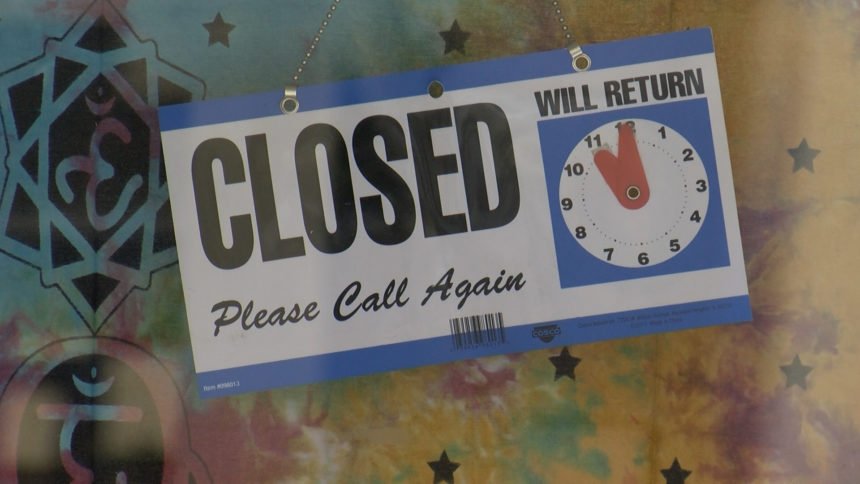 The restaurant industry is being hit hard during this coronavirus pandemic.

Already several restaurants in the valley have closed their doors because of it.

“We’re missing about half our customers ever since the COVID-19 restrictions went into effect and we’re just losing money every month so there was really no other choice,” Owner of Zobo & Meester's Bart Groendycke told News Channel 3.

After five years in business and a feature on Diners, Drive-ins & Dives, Zobo & Meester’s restaurant in Cathedral City now joins the growing list of local restaurants going out of business due to the coronavirus pandemic.

“It’s horrible that it’s happening to so many people," Groendycke said. "I’ve watched a lot of businesses not even just restaurants go under around here in the plaza and it’s really unfortunate to see all these dark building spaces that used to be full,” he added.

Other restaurants now closed include The Draughtsman in Palm Springs, Evzin in Palm Desert and Bonta in Cathedral City.

“This is just the tip of what’s going on," the Chef Owner of Bonta, Hector Salvatierra told News Channel 3. "There’s restaurants closing left and right. There’s going to be a lot of us that are going to be out of business if things don’t change quickly,” he added.

Despite the restaurant industry crumbling around her, owner of Le Basil restaurant in Palm Desert; Orn Chotiyanonta said she’s optimistic her business will survive.

“We’re going to make it through," Chotiyanonta said. "If I last this long 14 years I think I’m going to last the next 14 years no problem," she added.

But in order to survive, she’s had to cut her staff in half.

“If the pandemic is going to last longer we’re going to have to work harder," Chotiyanonta said. "One day, it’s going to be over. The rest is history. We look forward to the better future,” she said.

As for Zobo & Meester’s, they’re wrapping up their last week. Their doors will officially close on September 2.

“In order to make sure everybody gets paid and we end on a good note we decided it was time to pull the plug and shut it down, unfortunately,”  Groendycke said.

Now more than ever it’s so important to eat local.