The El Dorado fire continues to burn west of the Coachella Valley. As of Tuesday morning, the fire is at 7% containment and has burned nearly 10,000 acres.

Even though the fire started about 50 miles west in Yucaipa, winds have carried smokey conditions toward the Coachella Valley. A smoke advisory is in place through Tuesday night.

Anyone with respiratory issues or asthma is encouraged to limit outdoor activity and stay indoors as much as possible.

The El Dorado fire began at a gender reveal party, when a family lit a pyrotechnic device. Nearby tall grass caught fire, and the fire quickly spread.

“The family attempted to suppress the fire, but we do have fire and four foot tall grass. It spreads very quickly, that grass is cured, ready to burn. So it's kind of a good reminder that even though their actions...that was not their intent, that you can still accidentally cause a fire,” said Captain Bennet Milloy with CalFire.

Even though it was not lit intentionally, the family involved could face charges and be held liable for firefighting costs.

The latest evacuation information can be found here.

Stay with News Channel 3 for the latest on the El Dorado fire and changing conditions. 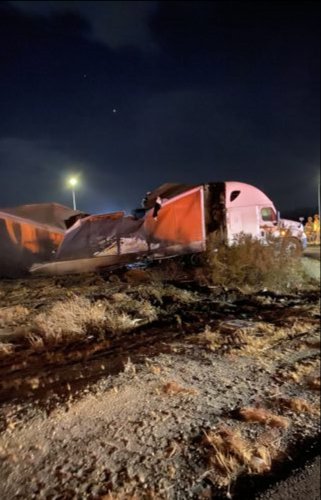